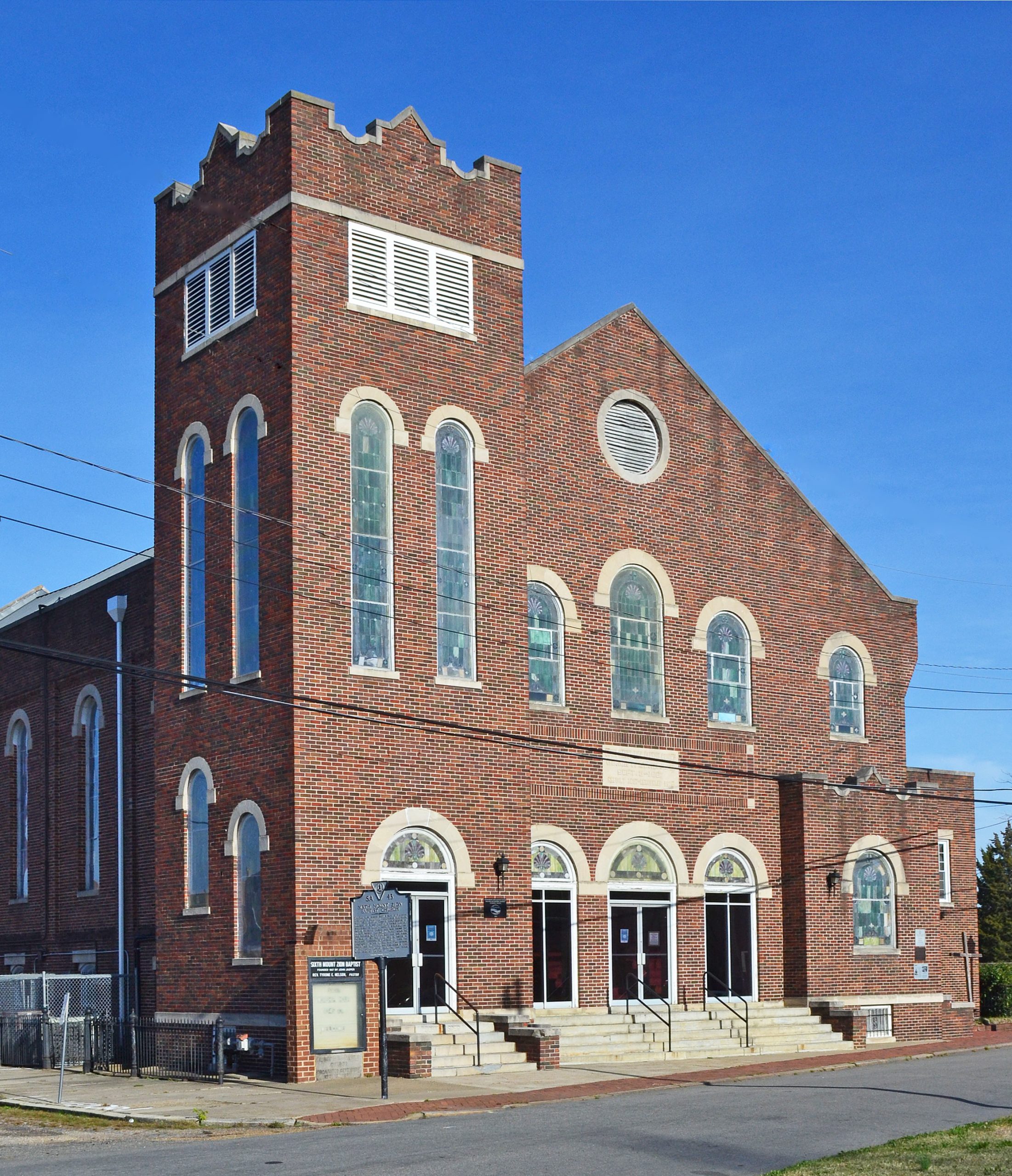 The Rev. John Jasper, born a slave in Fluvanna County on July 4, 1812, organized the Sixth Mount Zion Baptist Church congregation in 1867 in a former Confederate stable on Brown’s Island in downtown Richmond. A nationally celebrated preacher, Jasper was famed for the 1879 sermon “De Sun do Move,” which he later delivered more than 250 times, once before the Virginia General Assembly. In 1869 the congregation moved to its present site on Duval Street in Jackson Ward. The core of the present church was begun in 1887 by George Boyd, an African American builder. It was remodeled and extended by Charles T. Russell, one of the first African American architects to maintain an architectural practice in Virginia. Russell employed a modified Romanesque style for the remodeling. Jasper’s fame helped spare the church in 1956 from threatened demolition for the construction of the Richmond-Petersburg Turnpike (Interstate 95).