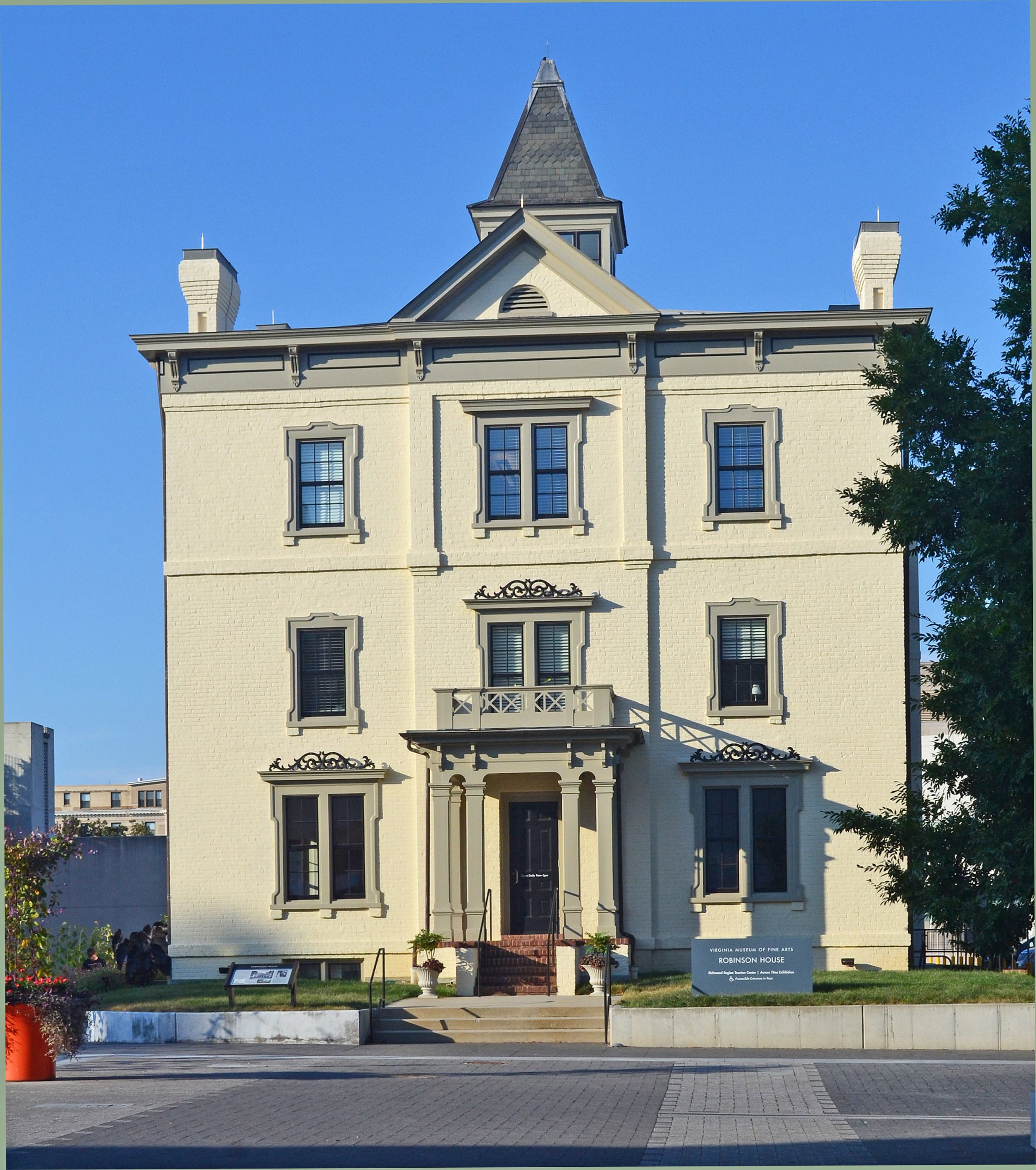 The Robinson House, located on the campus of the Virginia Museum of Fine Arts in Richmond’s Boulevard Historic District, is significant for its distinctive architecture and compelling history, particularly as part of the nation’s first successful and oldest operating home for needy Confederate veterans. Constructed in the mid-19th-century as the country house of Anthony Robinson, Jr., a prominent Richmond banker and landowner, the Robinson House indicates the popularity of Italianate architecture with Virginia’s antebellum high society. In 1884 the Robinson family sold the house to the R. E. Lee Camp, No. 1, Confederate Veterans, at which time it was transformed into a three-story institutional headquarters for the R. E. Lee Confederate Soldiers’ Home. For 56 years thereafter, Robinson House—renamed Fleming Hall during the Soldiers’ Home era—served as a barracks, administrative center, and museum until the facility officially closed in 1941. The building’s role as the literal and symbolic center of the large residential complex for Confederate veterans made it a visual icon of the “Lost Cause” and a long-standing, important site for collective commemoration, remembrance, and reconciliation events. While more than 30 buildings and structures once stood on the grounds of the Soldiers’ Home, only Robinson House and the Confederate Memorial Chapel remain, both of which were owned and maintained by the VMFA at the time of its listing.