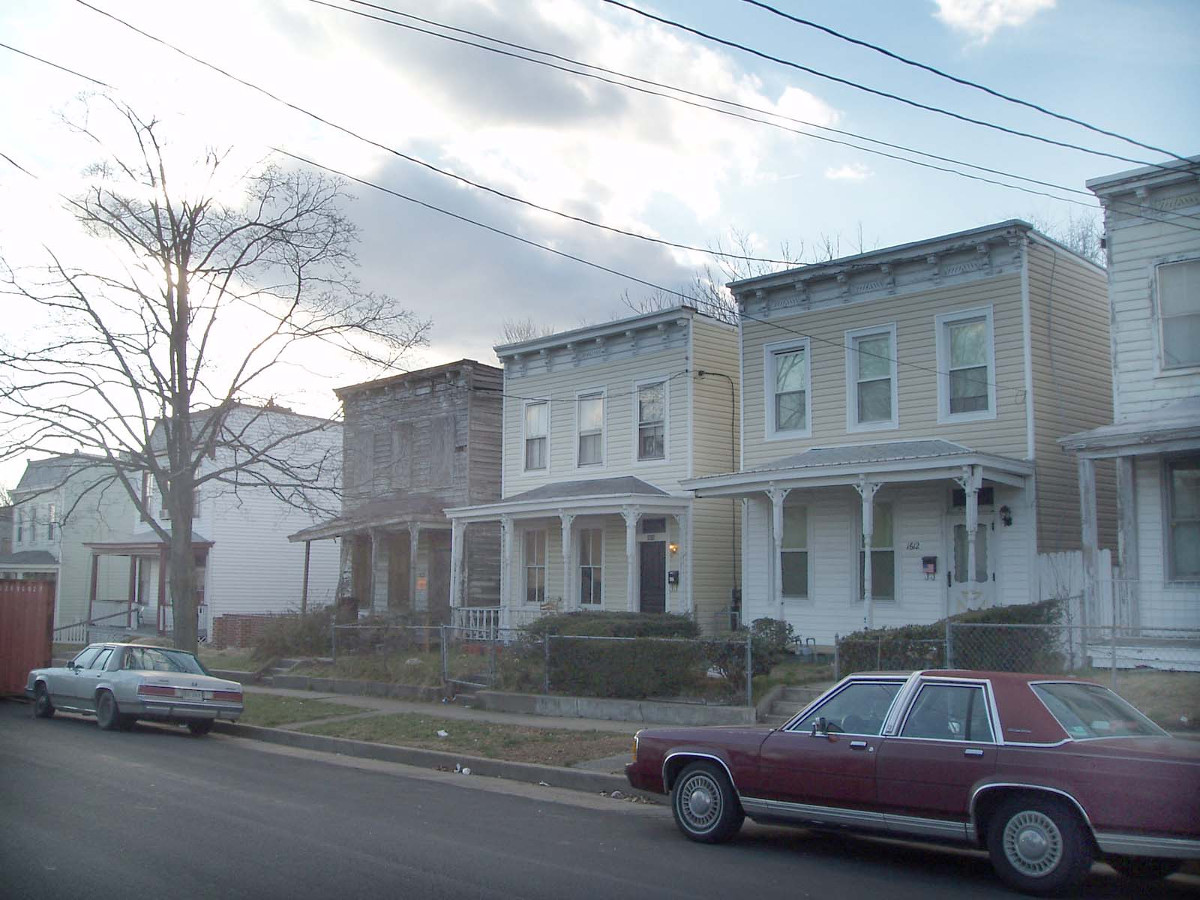 The Fairmount Historic District is a residential neighborhood containing buildings primarily built between 1900 and 1925, though some were constructed as late as 1946. Houses were built individually and in groups, while arranged to approximate long, uniform street walls. Architecturally as a whole, it is a good example of the urban design typical of quickly developed late 19th-century suburban towns. The district began as a real estate development in 1890, one of several attempts to create new suburban areas outside Richmond’s city limits. It was incorporated as a town from 1902 to 1906, when it was annexed by the city of Richmond. One of the city’s streetcar lines was built through Fairmount, though it had closed by 1930. Unlike the other suburban developments of the time that were built on the city’s north side such as Ginter Park, Highland Park, and Chestnut Hill, the Fairmount neighborhood was constructed at the crest of the hill on the city’s far east end. It eventually came to be viewed as an extension of the better known Church Hill neighborhood.