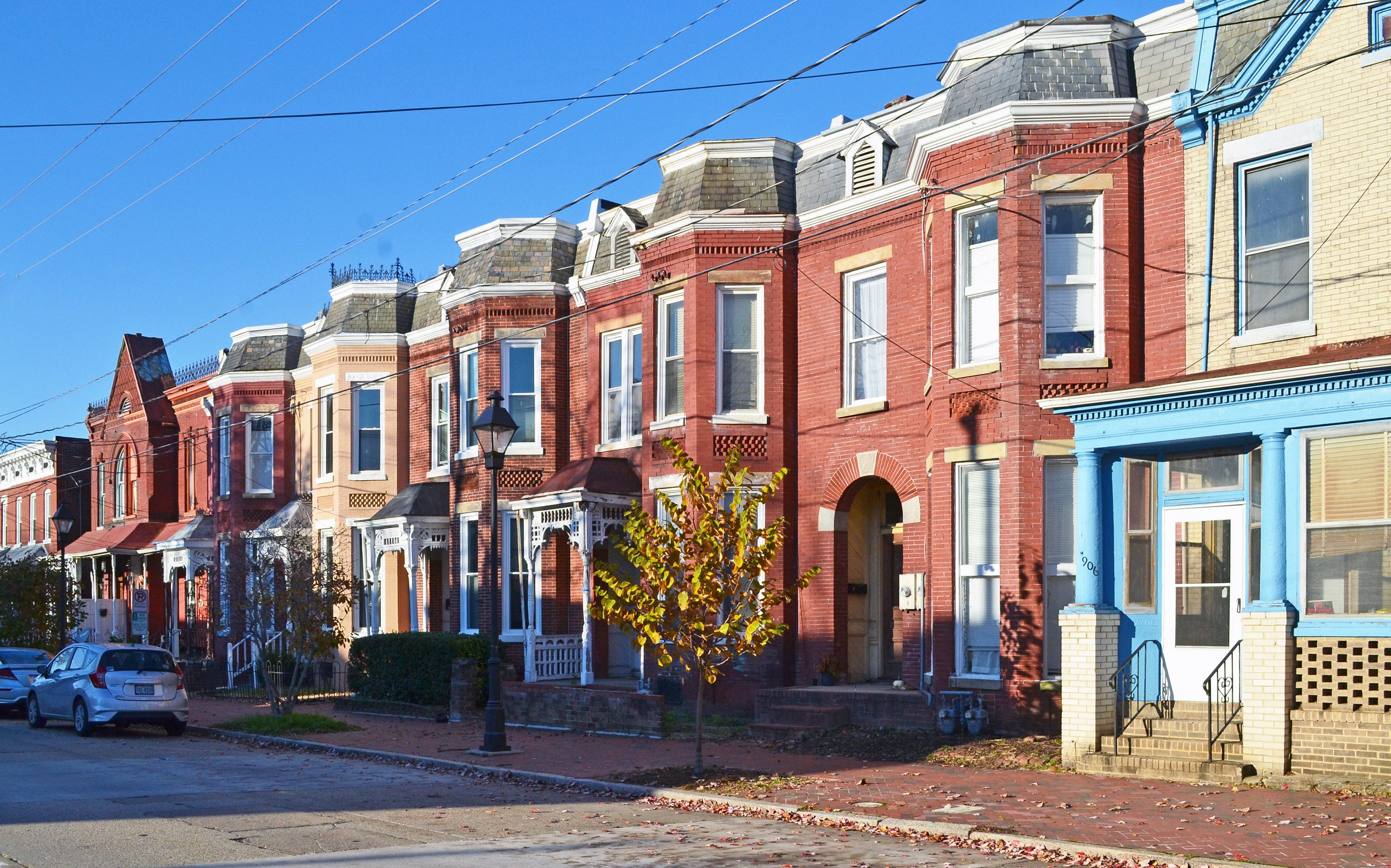 Carver Residential Historic District contains a collection of modest dwellings from two phases of development. The first occurred in the 1840s and 1850s with the construction of brick dwellings for small shop owners and tradesmen. The second, in the 1880s and 1900s, accompanied the industrialization of land at the southwestern corner of the district. Frame dwellings, brick row- and double houses, and a few tenements were constructed along with schools and churches. The majority of buildings use traditional forms and restrained ornamentation. This development was accompanied by the area’s slow transition from a racially mixed working-class neighborhood to a predominately African American community with strong social institutions and ties to adjacent Jackson Ward. Road construction and commercial and industrial development isolated the neighborhood and encouraged its decline in the last half of the 20th century. The neighborhood underwent renewal beginning in the 1980s.
[Additional Documentation NRHP Accepted: 9/26/2003]

In 2006, the boundary was increased to include several late 19th- to early 20th-century residential, commercial, and public buildings. The boundary increase includes one building, the T&E Laundry Company Building, which represents the industrialization of land that occurred at the southwestern corner of the district in the early decades of the 20th century. By constructing an additional laundry facility in the working-class Carver neighborhood, the T&E Laundry Company was well positioned to attract employees. The building is composed of five distinct sections, embodying five building campaigns beginning in 1915, and nearly a century of utilitarian construction.
[VLR Listed: 9/6/2006; NRHP Listed: 11/1/2006]