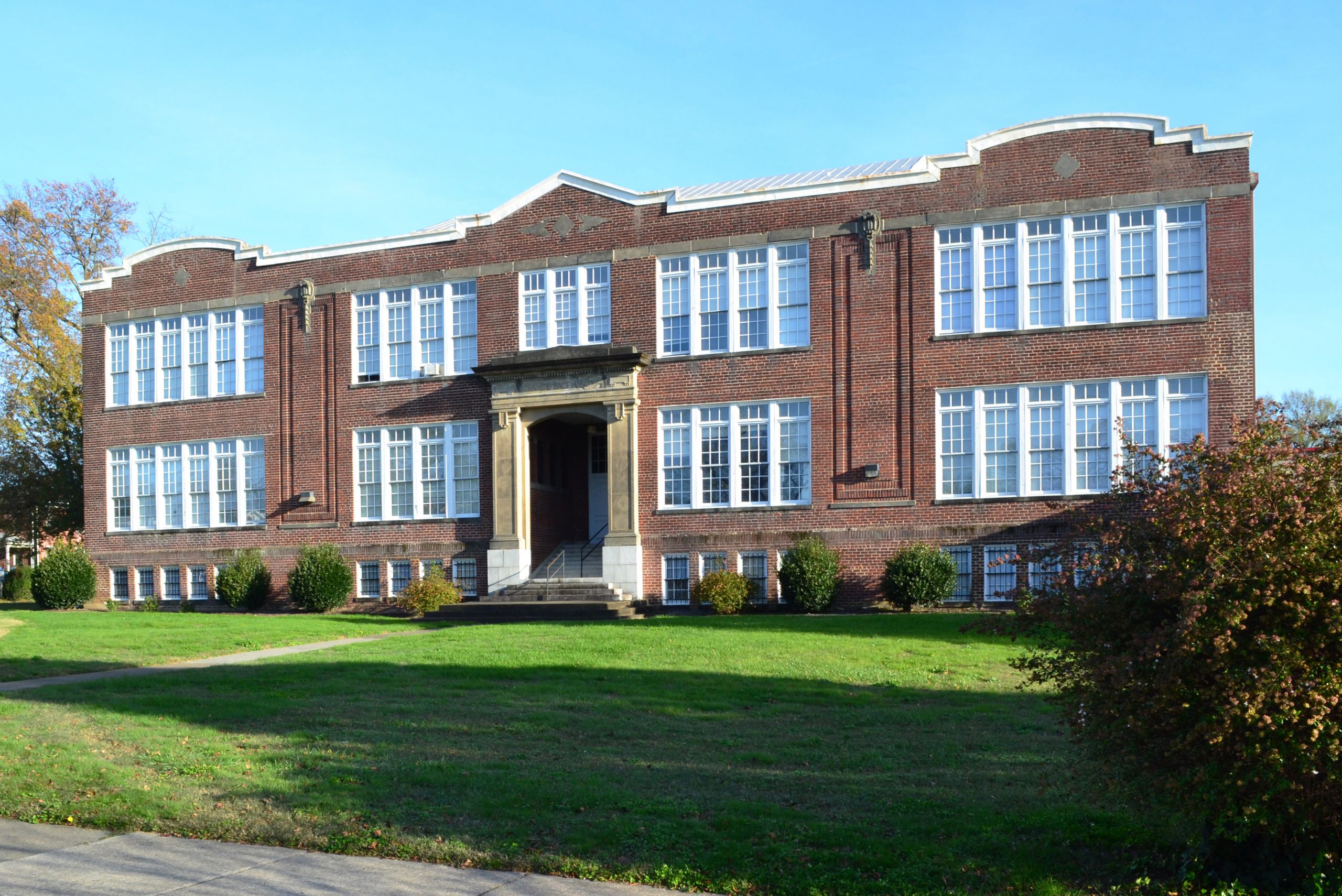 Exuding the confidence of a former era, this handsome school in the city of Richmond closed in the 1980s, the victim of changed demographics and priorities. With its high ceilings, large windows, and generally imposing presence in tree-shaded grounds, the Nathaniel Bacon School facility expressed the civic pride of the Oakwood-Chimborazo neighborhood it served. It was designed by the Richmond firm of Carneal and Johnston and opened in 1914. William Leigh Carneal, the firm’s principal architect, designed numerous local institutional works as well as buildings for Virginia Military Institute and Virginia Tech. Like many of the firm’s works, the school displays a literacy in historic styles while being at the same time a thoroughly modern work. Originally an elementary school, it became a high school for African American students in 1958 and operated as the East End Junior High School from 1971 until it closed. It was scheduled for rehabilitation for housing shortly after it was listed in the National Register in the early 1990s under the Public Schools of Richmond MPD.