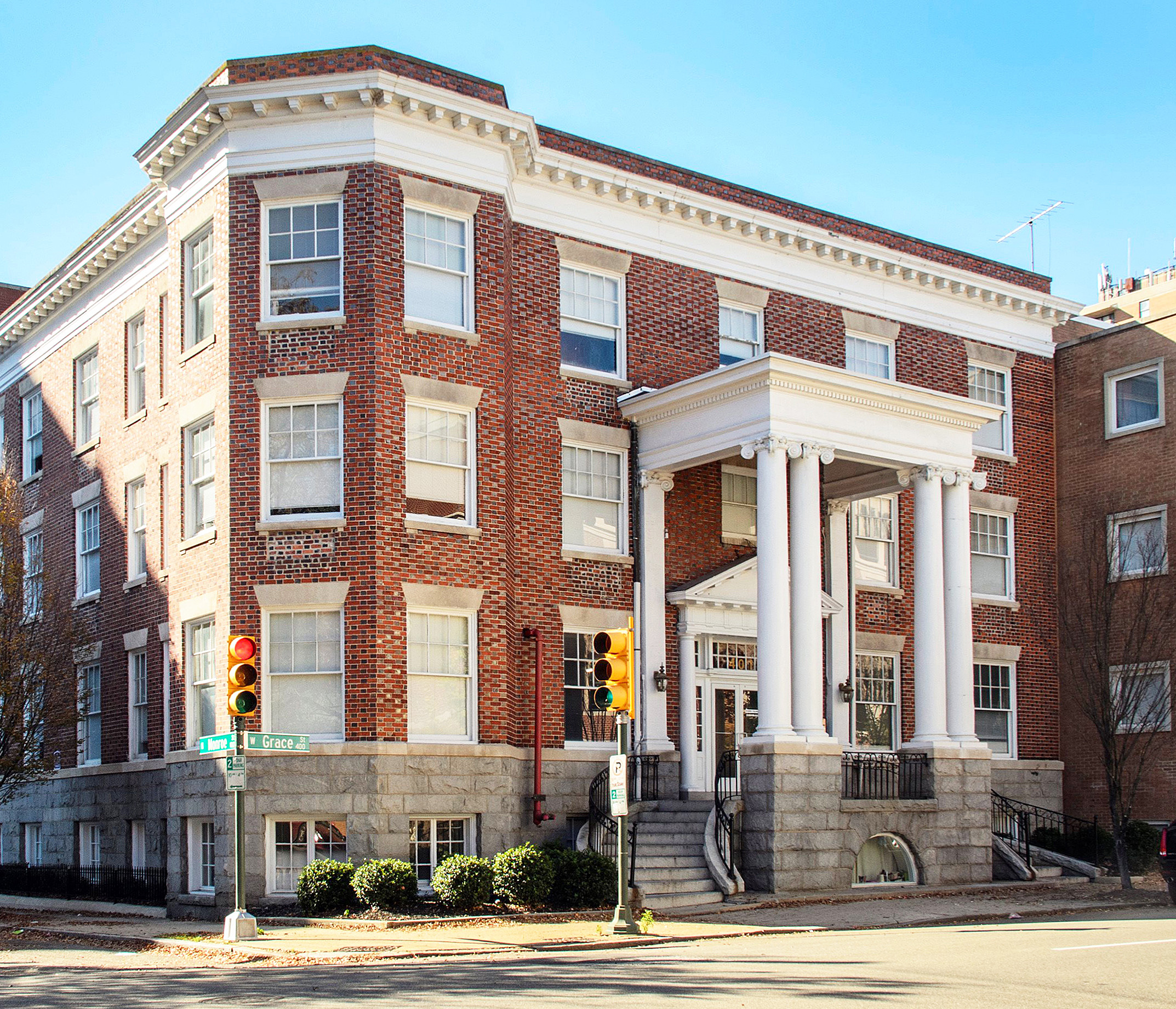 Grace Hospital was founded at a time of dramatic expansion of hospital-based medical care. It was part of a unique system of small, privately operated hospitals constructed early in the 20th century and influenced by the prominence of Richmond’s medical schools and medical associations. The building acquired its present form during building campaigns in 1911, 1930, and 1964. It was the first fireproof hospital in the city when it opened in 1912, and it provided general surgery, in-patient medicine, and obstetrics. The three-story main block, with its stately entrance pavilion on West Grace Street, is a dignified example of Colonial Revival architecture in Flemish-bond brick and granite with handsome classical detailing. Charles M. Robinson, whose name is synonymous with Richmond’s public school design and construction between 1910 and 1929, designed the 1911 block. Henry E. Baskervill, architect of the 1930 wing, was responsible for much of Richmond’s early-20th-century institutional fabric.