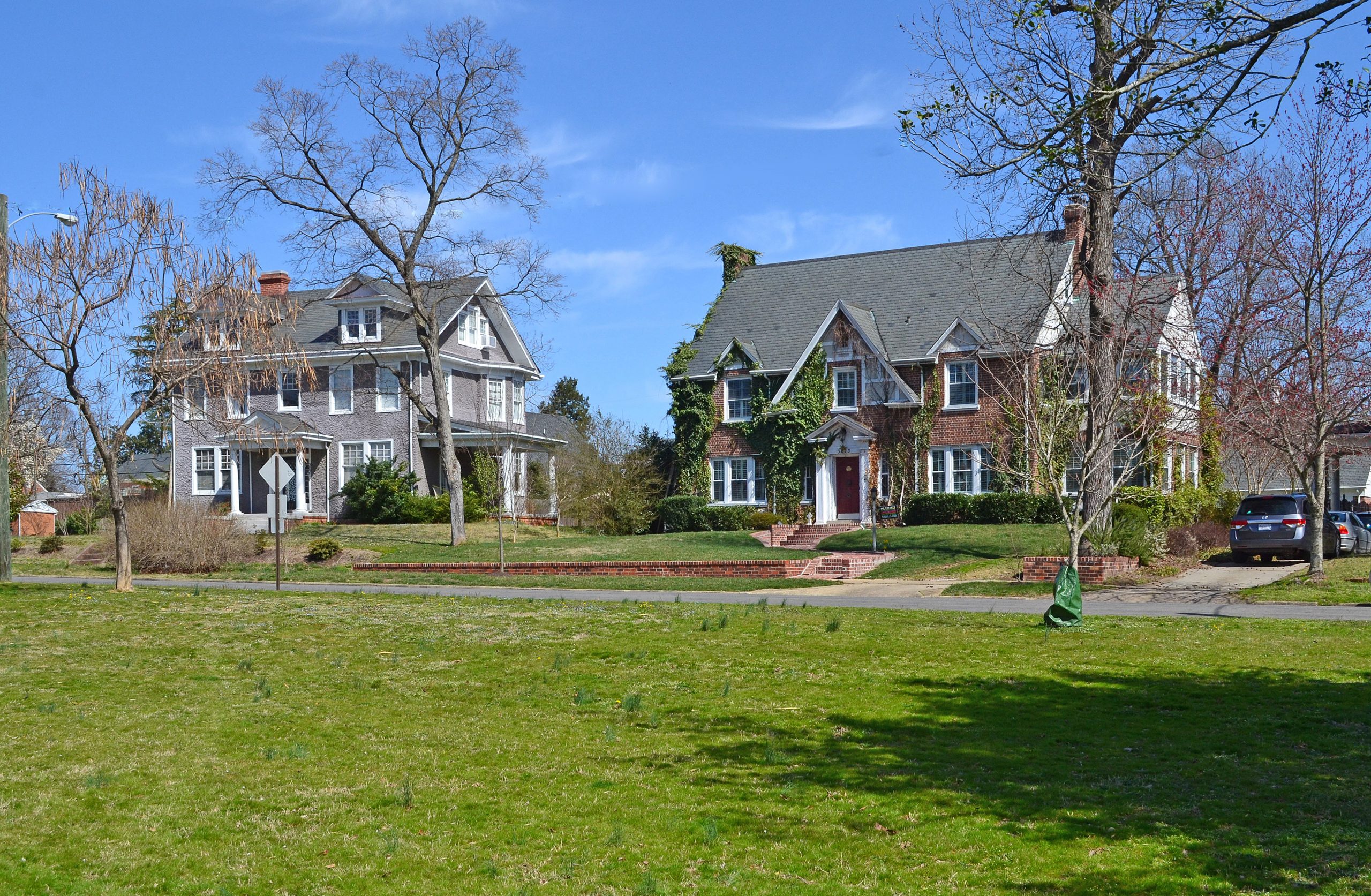 Ginter Park Terrace Historic District defines one of the streetcar suburbs developed north of downtown Richmond in the second decade of the 20th century. It derives its name from the adjacent Ginter Park, a neighborhood of suburban estates developed in the late 19th century by Major Lewis Ginter, a prominent tobacconist. The tranquility of Richmond’s Northside lured upper- and middle-class families who were dissatisfied with life in the city. It also attracted a new breed of businessman: the real estate speculator. Northside suburbs were among the earliest speculative real estate developments in the U.S. dependent on the new technology of electric-railway streetcars, a system pioneered in Richmond. Although a speculator purchased the wedge-shaped Ginter Park Terrace property in 1890, the neighborhood was first subdivided and marketed adjacent to the streetcar line in 1913. This district of narrow, tree-lined streets features a variety of house plans with stylistic influences including American Foursquare, Craftsman, Colonial, Dutch, Mediterranean and Tudor Revival in a dynamic mix of designs, colors, and textures.