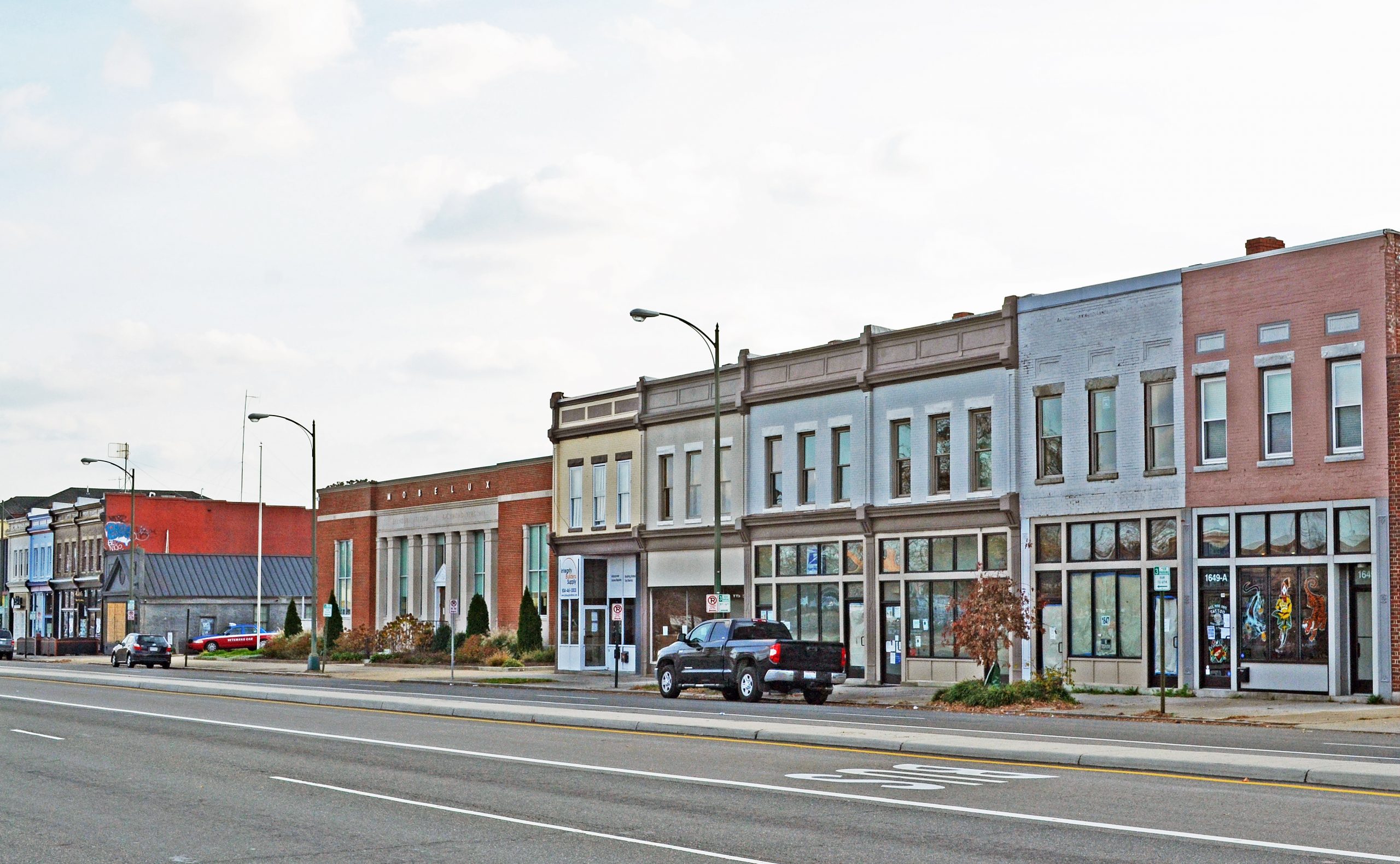 West Broad Street Commercial Historic District includes 22 commercial buildings built between 1900 and the late 1930s, many of which were historically associated with the introduction of the automobile to the city of Richmond. Many of the structures, in a variety of architectural styles and ranging from one to three stories in height, were related to the sale, repair, and servicing of automobiles. This use continued for more than a half century. Encompassing portions of both sides of West Broad between the 1300 and 1600 blocks, this area was the first major expansion of downtown. Today, the buildings are being adapted to a variety of new uses, including in-town housing. In addition to the commercial buildings, the district includes several unusual structures such as the circa 1900 Engine Company No. 10 firehouse, since converted to a theatre; the 1922 Coliseum (Duplex Envelope Building), converted to apartments; and the Saunders Station Post Office, built in 1937 in a minimalist classical style.