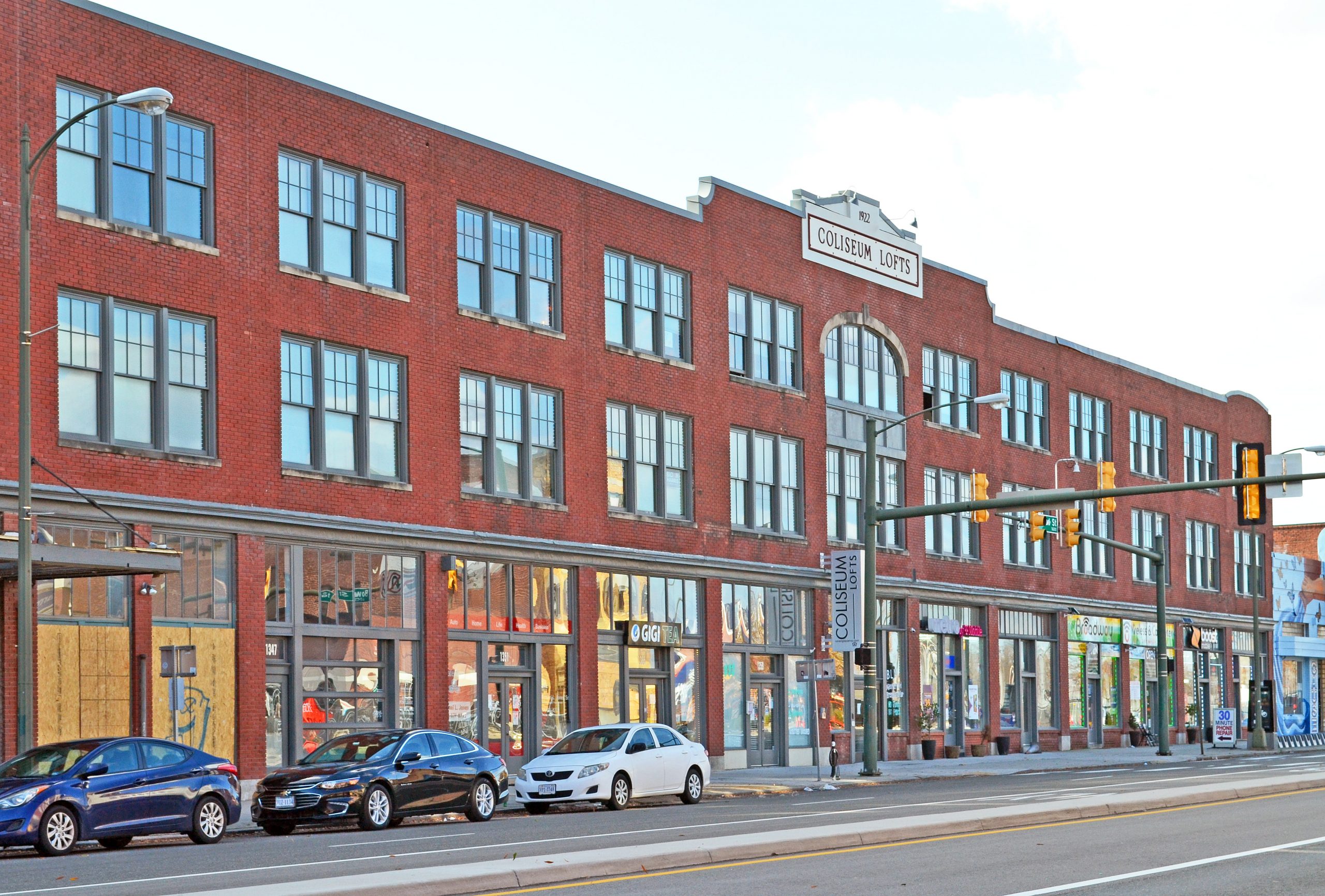 The Coliseum (Duplex Envelope Company Building), located on the south side of the 1300 block of West Broad Street, is a massive, red-brick, three-story, mixed-use building, constructed in 1922 for prominent local businessmen Gibson Worsham and Archer Jones. They developed it as the city’s first coliseum, and originally used it as a skating rink and performance hall. In the late 1920s, the building was converted into the headquarters of the Duplex Envelope Company, with a large part of the building set aside as space for an automobile dealership. The Duplex Envelope Company occupied the majority of the space from 1927-1975 and, while at this location, grew to become the world’s largest manufacturer of church-offering envelopes. Redeveloped into an apartment complex as the Coliseum Lofts, the building is located in the West Broad Street Commercial Historic District in Richmond.