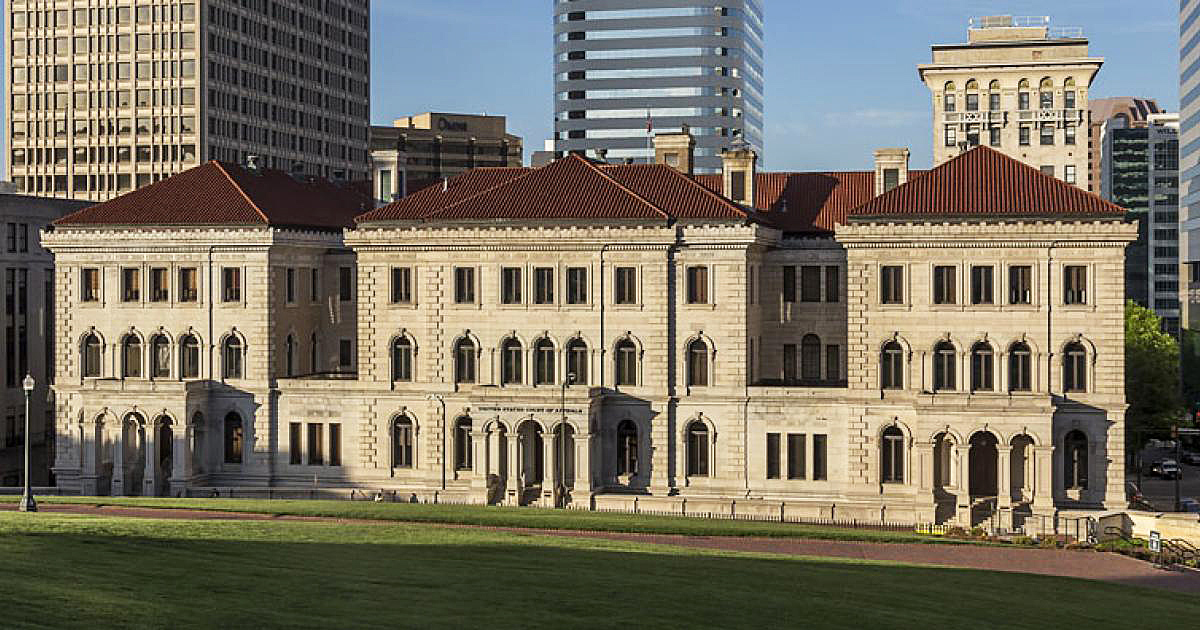 The two-story core of Richmond’s former U.S. Customs House was designed by Boston architect Ammi B. Young, who as supervising architect of the U. S. Treasury Department supplied designs for numerous custom houses throughout the country. Completed in 1858 under the direct supervision of local architect Albert Lybrock, the building was taken over by the Confederacy in 1861 to house both the treasury and the offices of President Jefferson Davis. The gray granite structure remarkably escaped damage during the Evacuation Fire of 1865, and in 1867 Davis was brought here to face charges of treason. Although the building has been greatly enlarged over the years, Young’s distinctive Tuscan Palazzo style has been maintained. Forming a backdrop for Capitol Square, the postal service vacated the building in 1991. Renamed the Lewis F. Powell, Jr., U.S. Courthouse in 1993 (in honor of the retired Supreme Court justice, a native Virginian), the building, which contributes to Richmond’s Main Street Banking Historic District, housed the U.S. District Court and U.S. Court of Appeals for the Fourth Circuit until the construction of a new federal courthouse building in 2008.