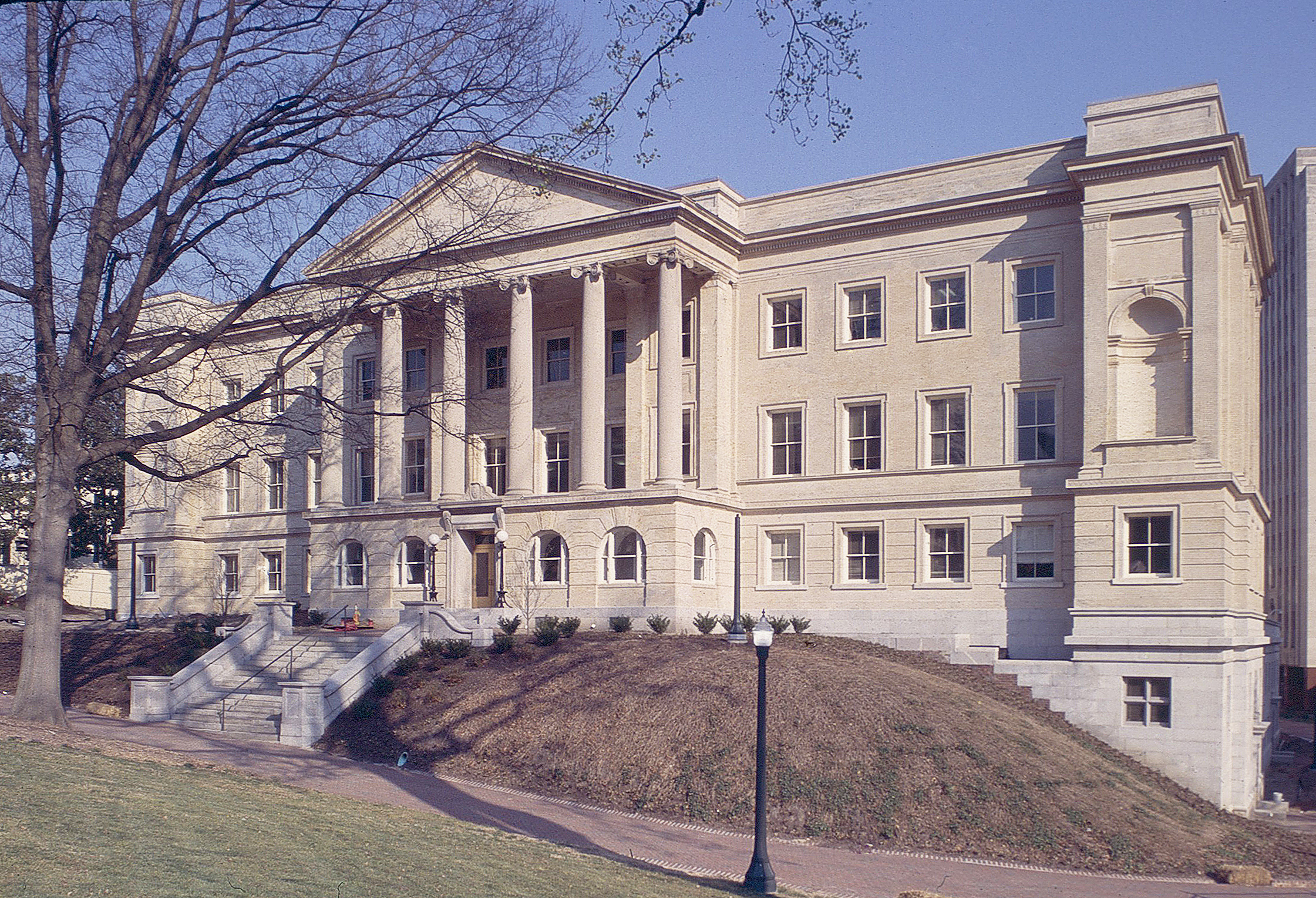 Known for many decades as the Finance Building, the Oliver Hill Building is prominently situated on Capitol Square, just east of Jefferson’s Virginia State Capitol building. As an important architectural component of Virginia’s seat of government since the end of the 19th century, the building has had a complicated evolution, and suffered abandonment and neglect for nearly a quarter century, along with repeated threats of demolition, until a renovation and expansion early in the 21st century secured its future. In its present form, the building is a monumental classical-style work fronted by an Ionic portico echoing the State Capitol’s portico. Designed by William Poindexter, and one of his most important commissions, the building was completed in 1892 to serve as the Virginia State Library, which traces its origins to 1823. The Oliver Hill Building symbolizes the Commonwealth’s recognition of the significance of its state library and archives and the need to have these collections housed in an appropriately dignified research facility. The wide façade, terminated by narrow projecting pavilions, is built of buff brick with terra cotta detailing. Its current appearance resulted from a 1929 remodeling of the 1892 design, undertaken to simplify the more elaborate Poindexter façade and better harmonize it with the State Capitol.