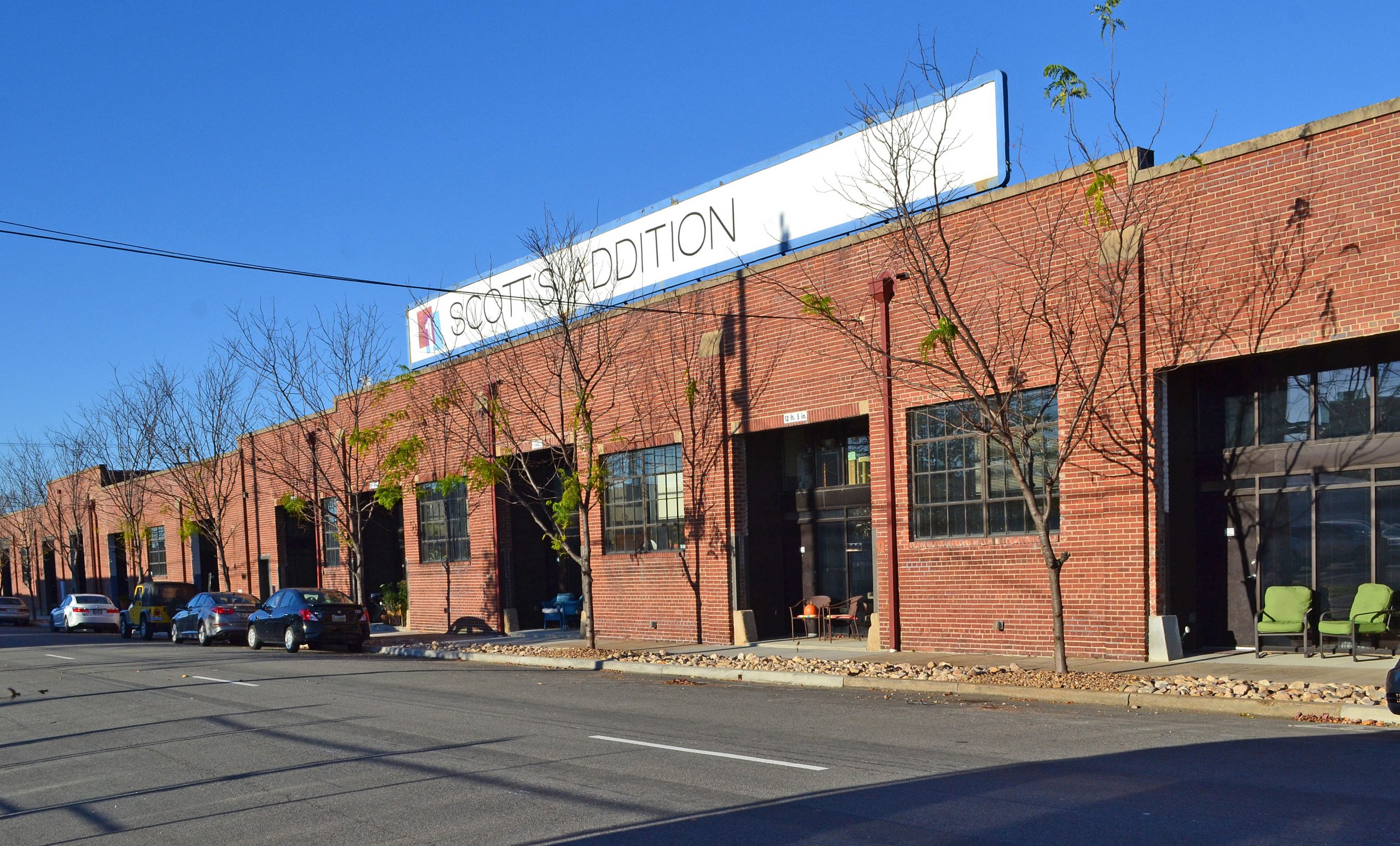 The Scott’s Addition Historic District is one of the larger early-20th-century industrial and commercial districts in Richmond and is located just west of Arthur Ashe Boulevard. The area remained mostly undeveloped until the early 1900s, when modest dwellings and businesses were constructed. The industrialization of Scott’s Addition was codified in 1927, with adoption of the city’s first zoning ordinance. From the 1930s to the 1950s, large industrial plants, commercial buildings, and warehouses arose amidst the existing houses or replaced them altogether. Today, large industrial plants and commercial structures are the dominant building type representing a wide variety of manufacturing concerns. The district’s brick and frame buildings exemplify a variety of architectural styles including Colonial Revival, Classical Revival, Mission, International Style, Art Deco, and Moderne. While the businesses have changed over the years, Scott’s Addition continues to be a commercial center in Richmond and since its listing in the registers it has experienced renewed economic interest and growth.