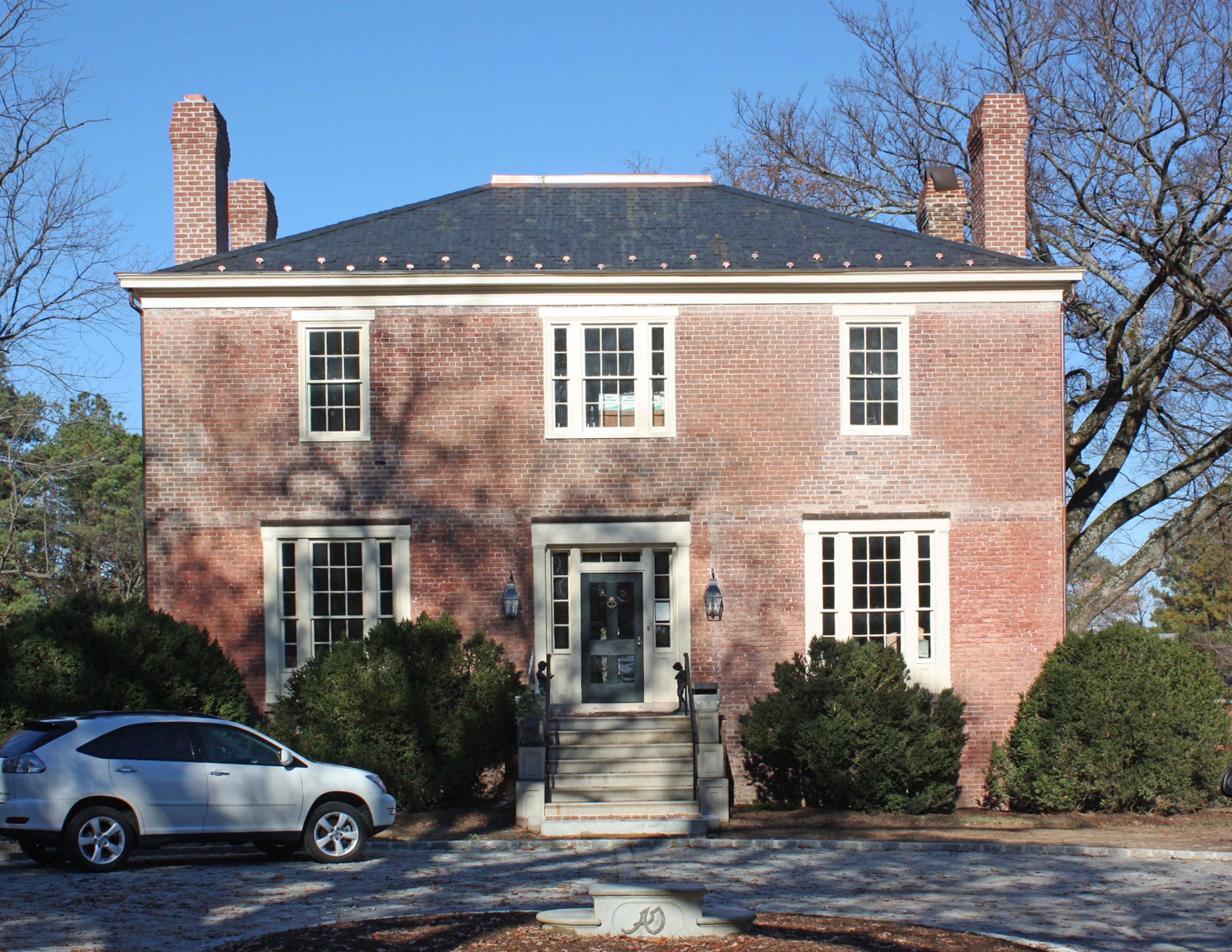 Green’s Farm, later known as Huntley, is a rare surviving late-Federal residence in the Three Chopt Road Historic District, in Richmond’s West End. The front portion, featuring a central widow’s walk, was built 1843–46 for Benjamin W. Green, local businessman and alleged bank robber. During the Civil War, the house was used as a field hospital and was the scene of some action in March 1864 during Dahlgren’s Raid. It then fell into disrepair until 1906 when Col. John W. Gordon, a Confederate veteran and insurance executive, purchased it. Gordon changed the appearance by building porches on the main and side elevations and a brick addition on the rear; he also created a formal garden (of which nothing remains) to the house’s south. In 1935, Albert Pollard purchased and re-interpreted Huntley’s Federal style by removing the front and side porches and installing Federal-era features in the first-floor parlors. In 1977, a new owner, V. Cassel Adamson, built a two-story rear addition at the house’s southeast corner, while also restoring some of its original features. Huntley’s secondary structures include a circa 1846 kitchen and well house and an early-20th-century icehouse.