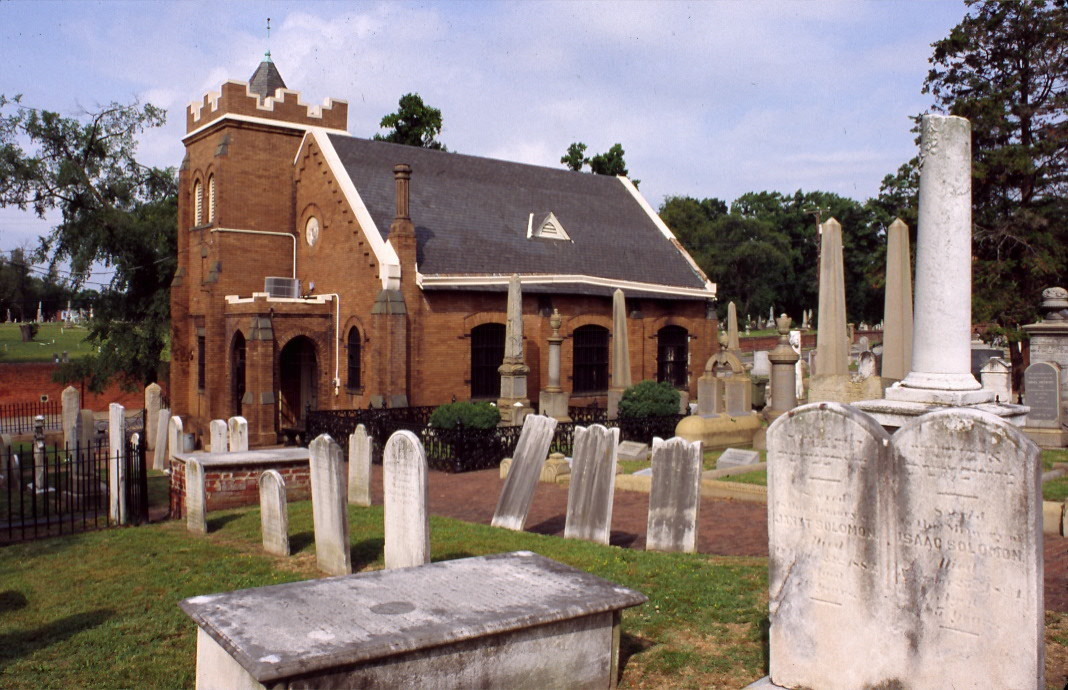 Richmond’s Hebrew Cemetery, the oldest Jewish cemetery in continuous use in the South, was established on Shockoe Hill in 1816 by Virginia’s first Jewish congregation. Occupying 8.4 acres today, its graves include the capital area’s leading Jewish merchants, civic leaders, rabbis and their families, as well as a significant number of German, Dutch, and Polish Jewish immigrants from the mid-19th century. A remarkable collection of funerary art adorns gravestones arranged in a simple grid-and-block plan. While the overall simplicity of early grave markers—there are no mausoleums or statues—attests to the Judaic tradition of treating everyone equally in death, stone carvings depicting flowers, plants, vines, palm fronds, ferns, and willow trees also indicate the acculturation of the Jewish community into mainstream society during the 19th century. A special section in the cemetery contains the graves of 30 Jewish Confederate soldiers from across the South who fell in battles around Richmond and Petersburg and who were re-interred there by the Hebrew Ladies Memorial Association in 1866; an iron fence designed by artist William Barksdale Myers encloses the section. A handsome, well-preserved Mortuary Chapel, by Richmond architect M. J. Dimmock and dating from 1898, also stands in the cemetery. With the 1861 Richmond Alms House on its western border, and the 1823 Shockoe Cemetery both across the street and adjacent to it, the Hebrew Cemetery has retained the integrity of its location and setting.