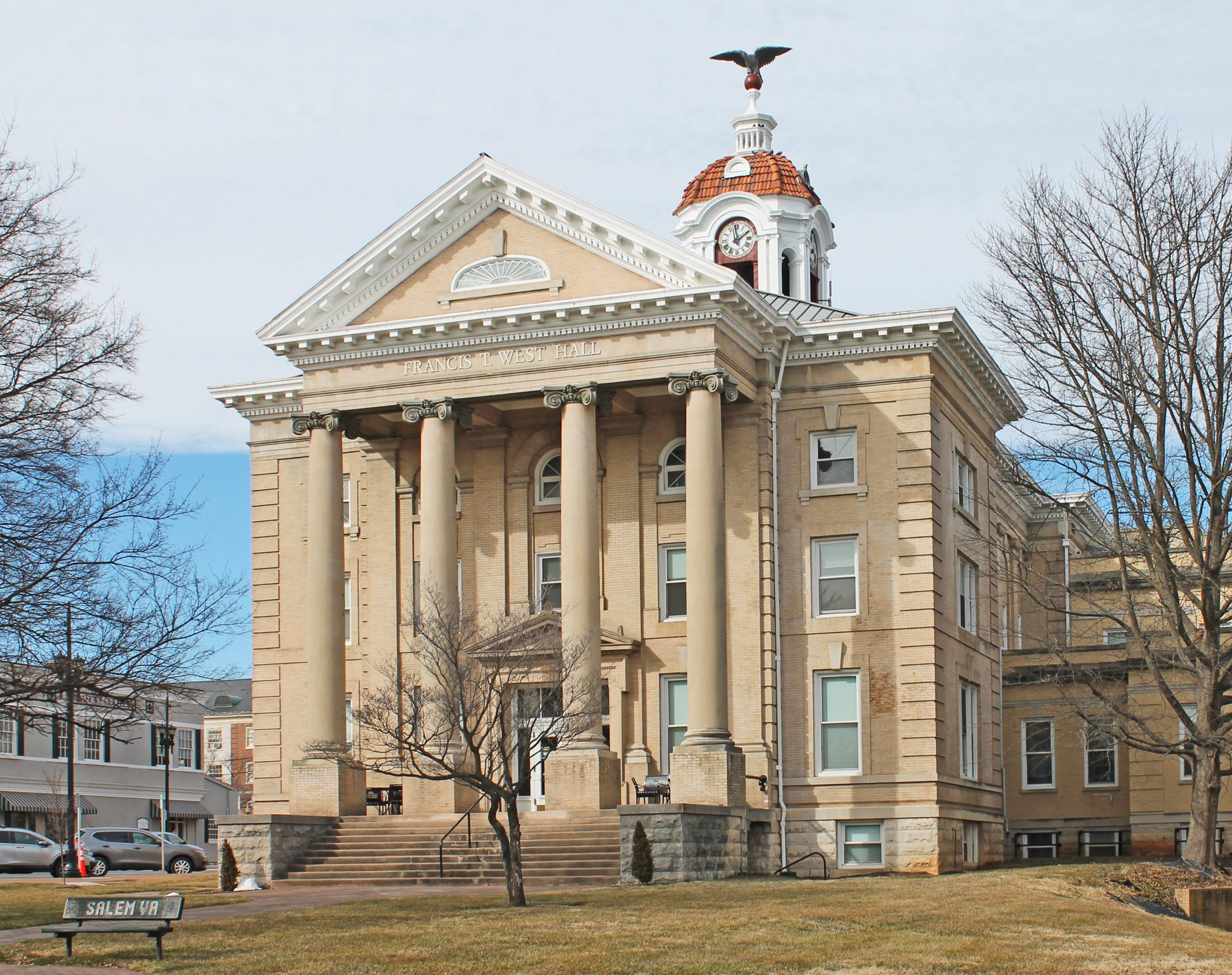 A hometown expression of the American Renaissance, the former Roanoke County Courthouse in Downtown Salem, with its three-story Ionic portico and an eagle-topped cupola, has the classical grandeur and assertiveness inherent in the movement’s most ambitious works. It was designed by H. H. Huggins, a Roanoke architect of ability and remarkable self-confidence, who regularly boasted about the quality and quantity of his works. Following completion in 1910, the local newspaper focused attention on the courthouse clock: “It is not only highly useful in its lofty setting, but is quite ornamental. In size it is commensurate with the new courthouse itself, which adds dignity to the whole square.” The courthouse was built of buff pressed brick, considered a prestige material because it complimented classical stone detailing. The building was purchased by Roanoke College in 1987; an extensive rehabilitation for academic use was completed in 1996.