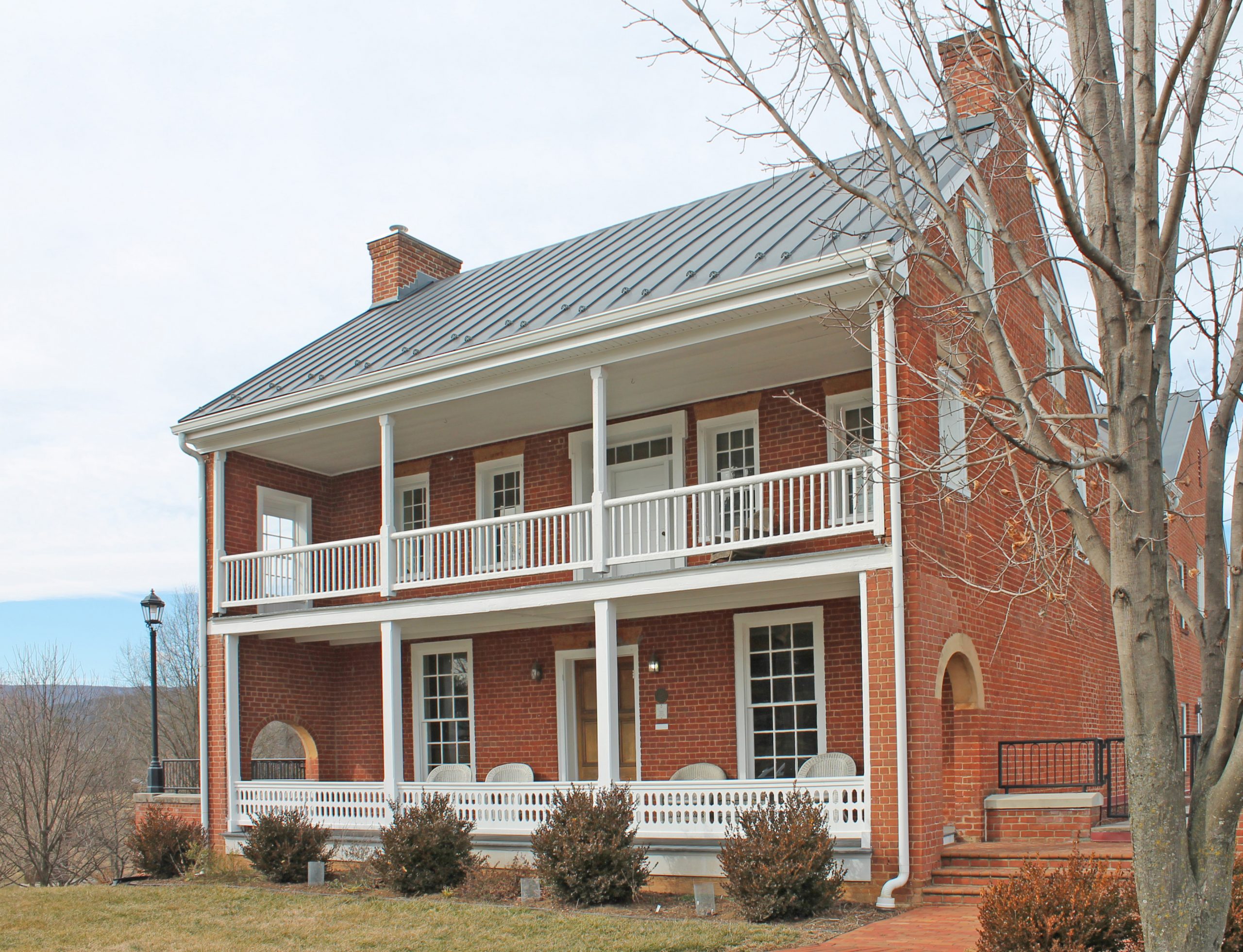 This combination commercial and residential building is perhaps the area’s last remaining example of a type once prevalent in towns along the much-traveled Great Road to Kentucky and Tennessee. The Williams-Brown House-Store related to its street-front site by having the galleries incorporated into the volume of the building and entered from the footpath through arches in the side walls. Dating ca. 1845-52, the building was constructed and first occupied by William C. Williams, who was also one of the builders of Salem’s first courthouse. It later passed to the Brown family who owned it until 1963. Threatened with demolition, the building was moved in 1987 a short distance west to a city park, but was again situated fronting the former Great Road (U.S. Route 11). It is now a museum of local history operated by the Salem Historical Society.