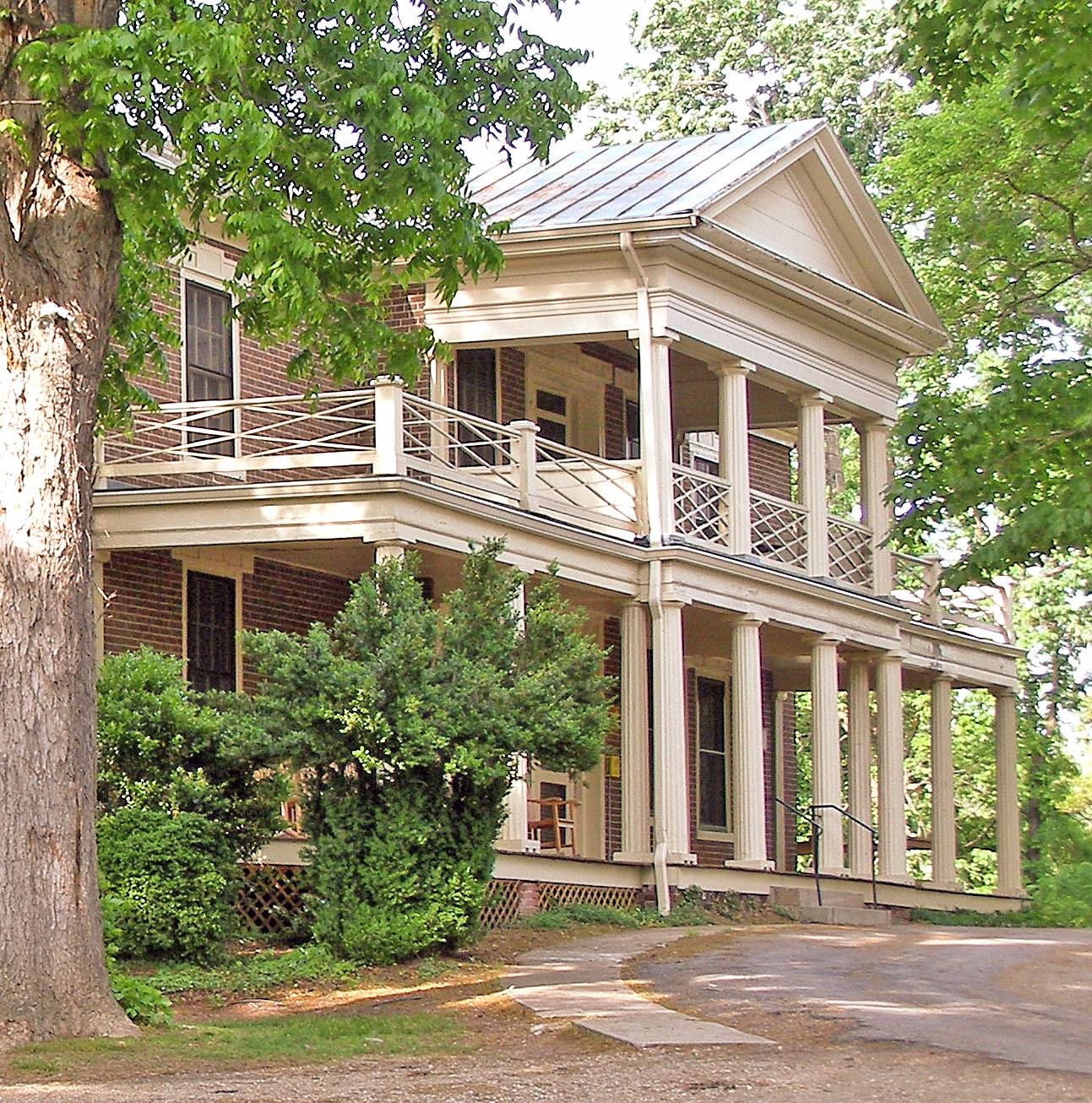 Monterey is a Greek Revival house built in 1853 for Salem business leader Powell H. Huff (1793-1884). The house was depicted in Edward Beyer’s well-known painting of Salem (ca.1855). Set atop a prominent hill, the building features a Doric portico with flanking porches. Huff was one of Salem’s important civic leaders. Serving on the board of the town’s male academy in 1831, by 1849 Huff was town trustee, and three years later, an officer or major investor in the Bank of Roanoke in Salem. By the 1890s, Monterey became a boardinghouse, accommodating guests from the Deep South who preferred the more temperate climate of Salem as well as students from nearby Roanoke College. In 1925, Charles Allen Albert purchased the property. Albert was the owner of Albert Brothers Contractors, Inc., a firm that specialized in road construction. Its projects included work on the Blue Ridge Parkway and the Lee Highway (U.S. Route 11). Several 1850s and 1920s outbuildings remain on the property.