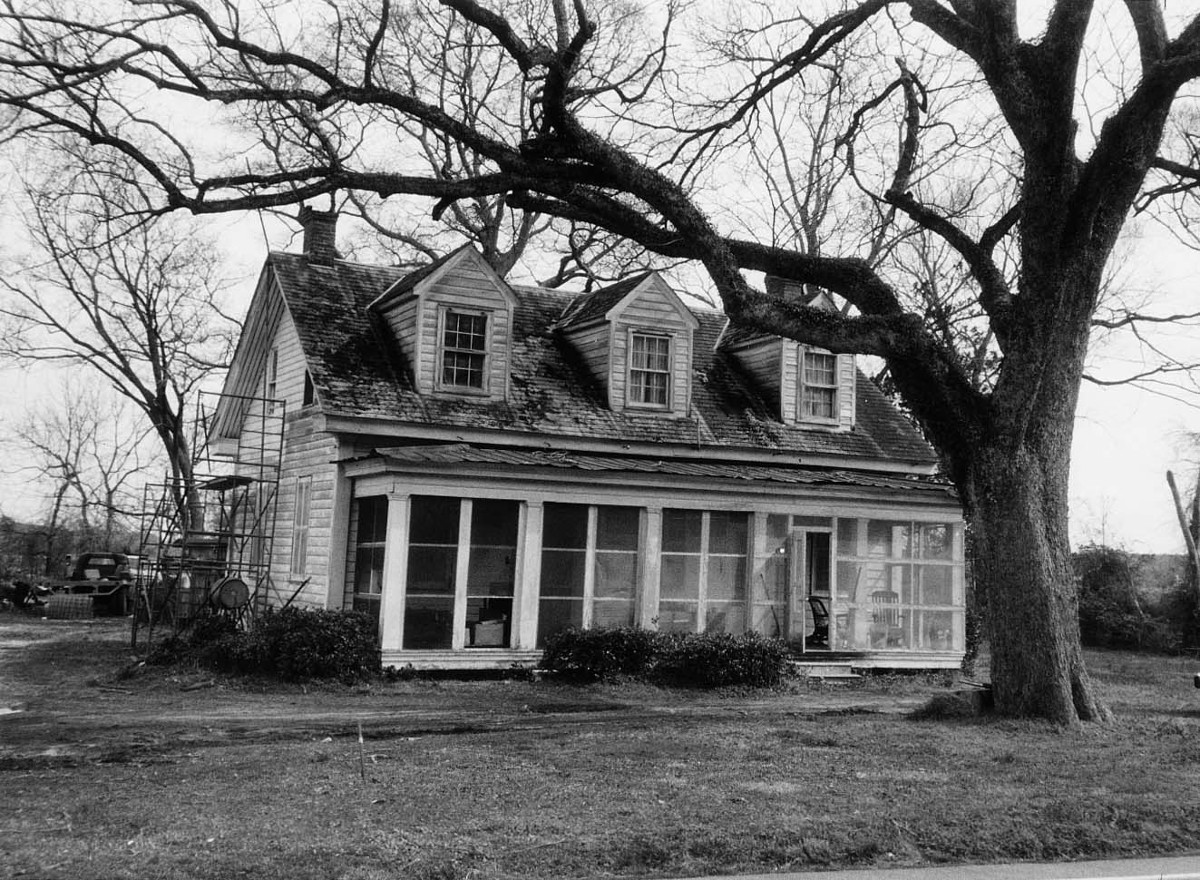 A prosaic mid-19th-century building, Wallaceton was originally built as a store to serve the employees of the Wallace Company, a lumber company, as well as the residents of Wallaceton, a settlement on the Dismal Swamp Canal. The original section, built of vertical juniper logs, was made into a residence for John G. Wallace after the Civil War. In 1888 the Irish poet John Boyle O’Reilly visited Wallaceton and wrote: “we stopped at Mr. Wallace’s, in the Dismal Swamp,—one of the largest and most beautiful farms in America. . . It was hard to realize, from our refined surroundings, and the gracious hospitality we were enjoying, that we were within the very heart of the Dismal Swamp.” The widening of the canal in the 1910s necessitated moving the building approximately 100 feet. The house remains the property of the Wallace family.