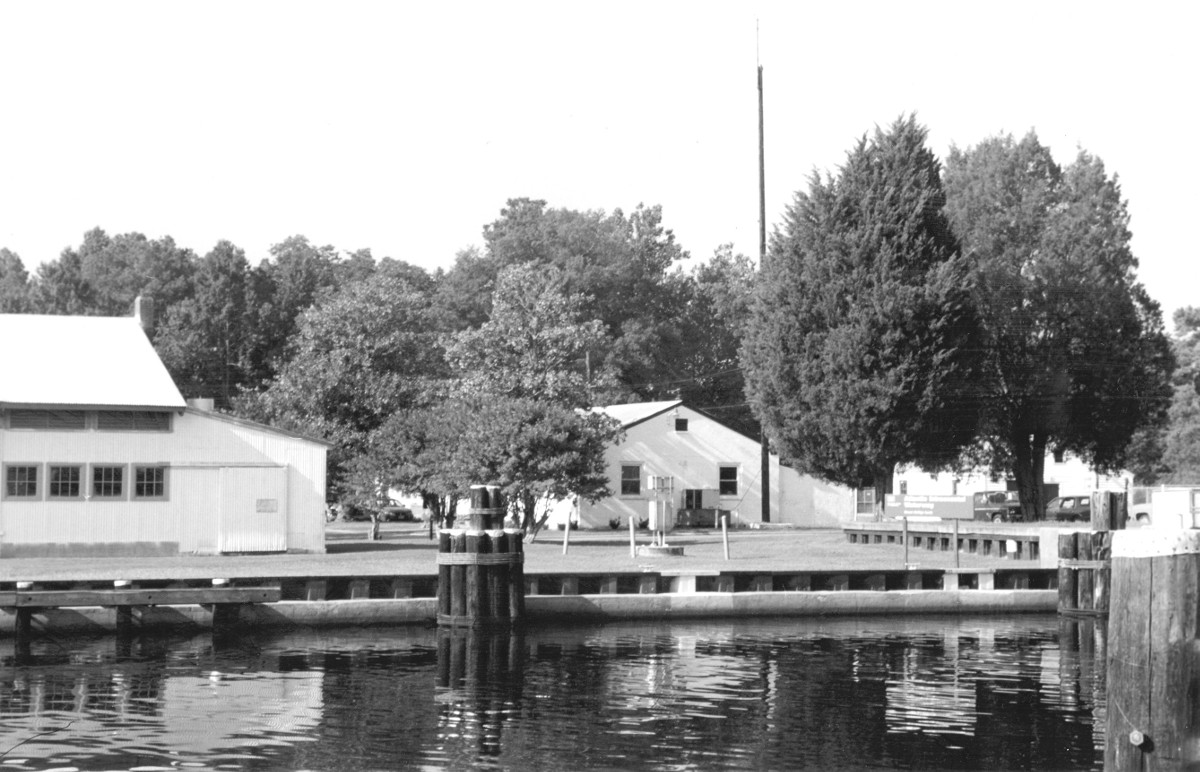 The linear Albemarle & Chesapeake Canal Historic District is significant for transportation, engineering, and military history, with the period of significance being 1775–1953. The beginning date includes the Battle of Great Bridge fought there in 1775. Later, the Albemarle & Chesapeake Canal, completed in 1859, provided an inland route for maritime traffic between Norfolk and Portsmouth and North Carolina’s Albemarle Sound. The canal is significant for several engineering advances: it was the first Virginia canal built entirely with steam-powered dredging equipment, and the Great Bridge Lock was the largest such lock on the East Coast. In 1913, the federal government purchased the canal. The U.S. Army Corps of Engineers has since constructed a maintenance complex, the 600-foot-long Great Bridge Canal lock that replaced the 1859 lock in 1932, the 1943 Great Bridge Bridge, and the 1951 North Landing Bridge. The canal remains a major transportation artery for commercial traffic.