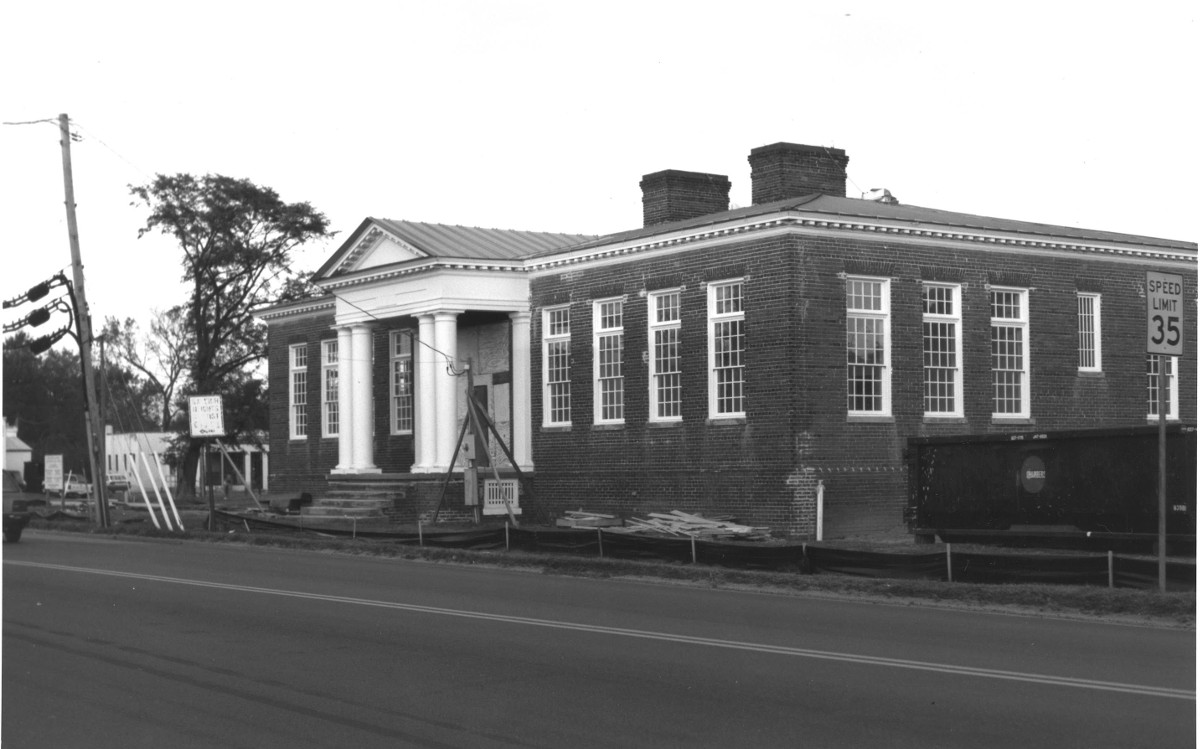 Old Portlock School was built in the former Norfolk County in 1908 in response to the rapid growth in the Portlock area that began in the late 1890s. The firm of Ferguson and Calrow designed the school in the Colonial Revival style popular in the Hampton Roads region in the wake of the 1907 Jamestown Exposition. An infrastructure improvement plan called for a modern free school for whites who, until then, were taught in modest schools or in private homes. The Portlock School was a vast improvement on earlier schools. Its brick masonry construction, four classrooms, and architectural sophistication were a marked contrast to earlier educational institutions in the area. The building was used for educational purposes until the 1960s, after which time it fell into disuse. In 1997, it was rehabilitated and dedicated as the Chesapeake Museum and Information Center.