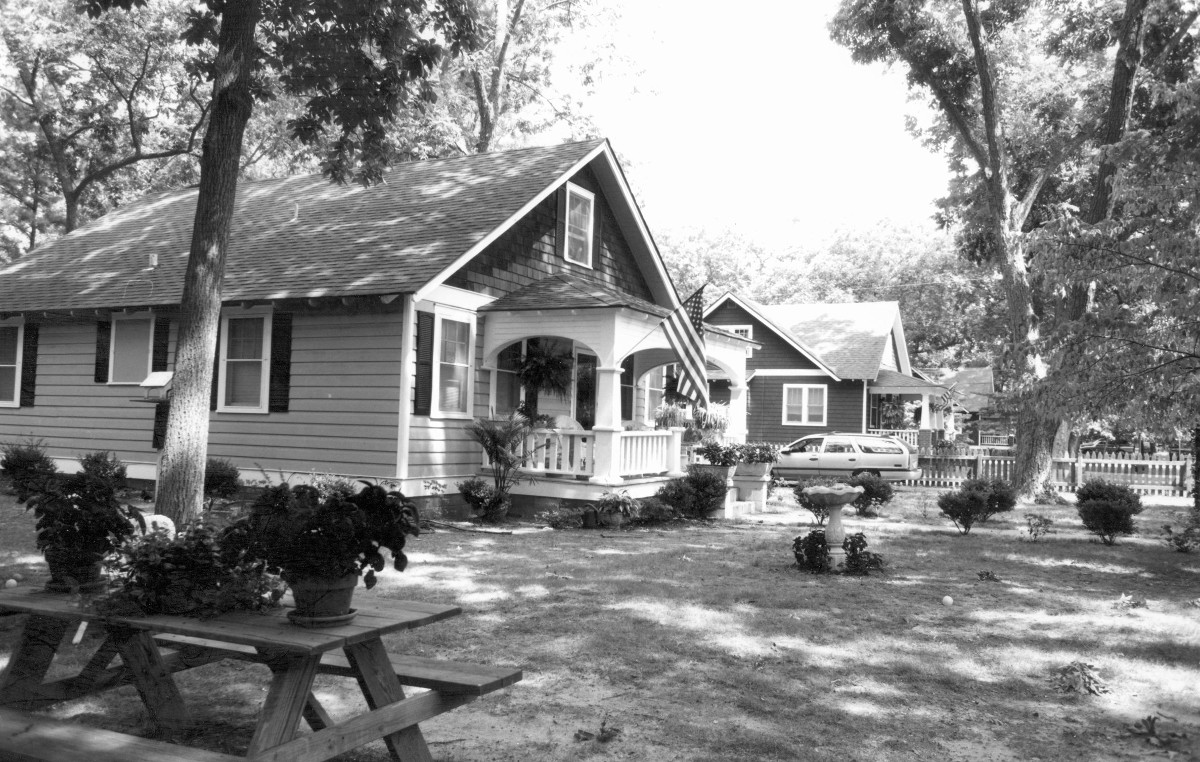 The Oaklette Historic District developed early in the 20th century following the expansion of streetcar lines from Norfolk to the more rural suburbs. Bounded by Indian River and Indian River Road, Oaklette grew on the major route connecting the historic town of Berkley and Princess Anne County. The community was first developed by a group of investors beginning in 1905 and featured large-scale single- family houses along the waterfront. The area continued to develop until World War I, when the streetcar line discontinued service to the area. The war brought the need for more housing in the area, which resulted in a building boom of small Craftsman and Colonial Revival dwellings on the land-locked parcels. The area saw construction again following World War II, with brick ranch-style houses. The community covers 80 acres and includes 31 contributing and 32 non-contributing resources.