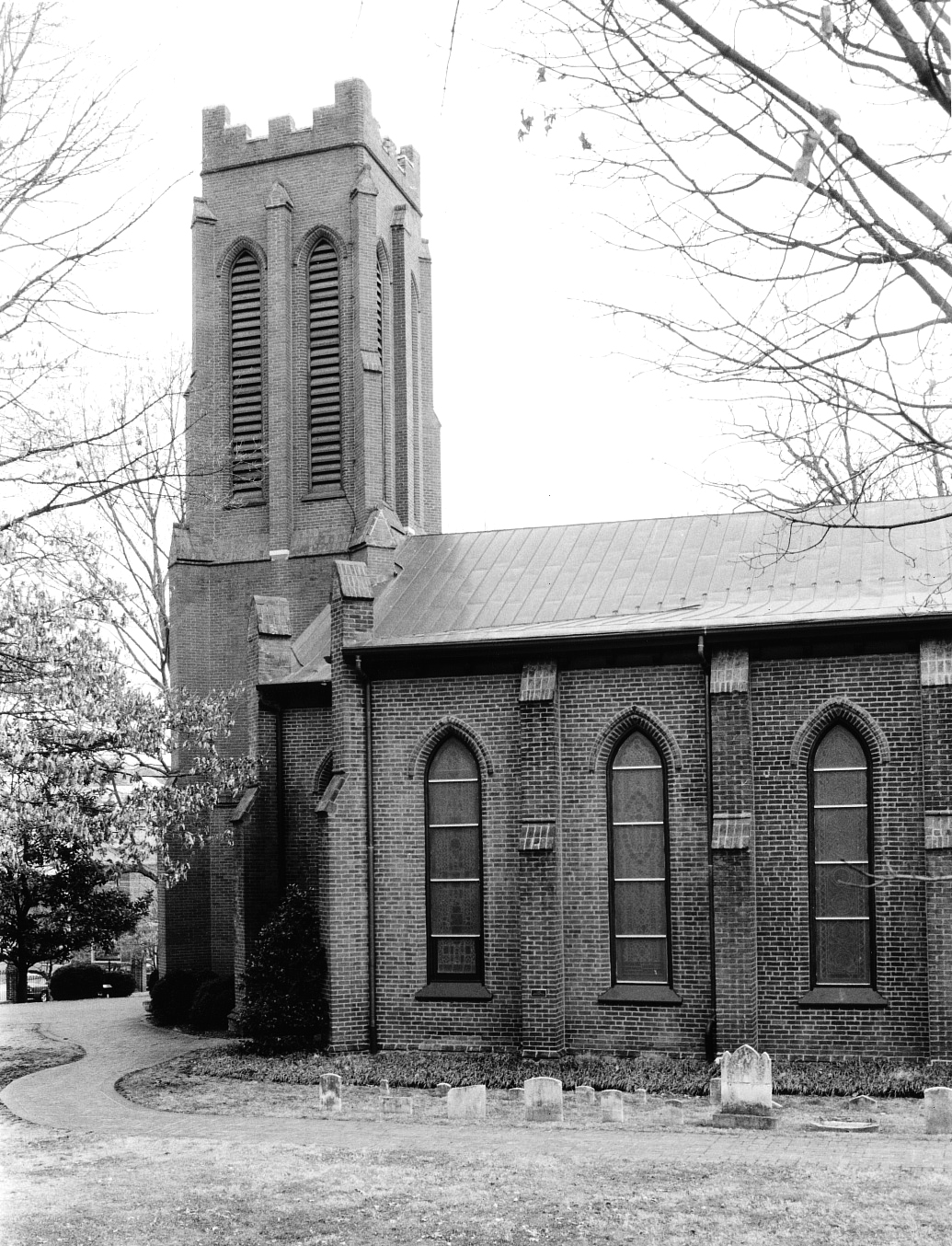 With its ascetic medievalism, Staunton’s Trinity Church in the Newtown Historic District well demonstrates the more serious side of mid-19th-century America’s Gothic Revival. Built in 1855 as the third church of Augusta Parish, founded in 1746, the dark red brick building with its angle-buttressed tower stands in a tree-shaded colonial burying ground. Its original architect is believed to have been J. W. Johns, who designed buildings for the Virginia Theological Seminary. The church was enlarged in 1870 under architect William A. Pratt who also drew the plans for the 1872 rectory. Charles E. Cassell of Baltimore was engaged to make further alterations in the 1880s. The interior contains a noteworthy collection of stained-glass windows including works by the Tiffany studio. The parish’s first church, formerly on this same parcel, temporarily housed the Virginia General Assembly after it fled Richmond during the Revolution.