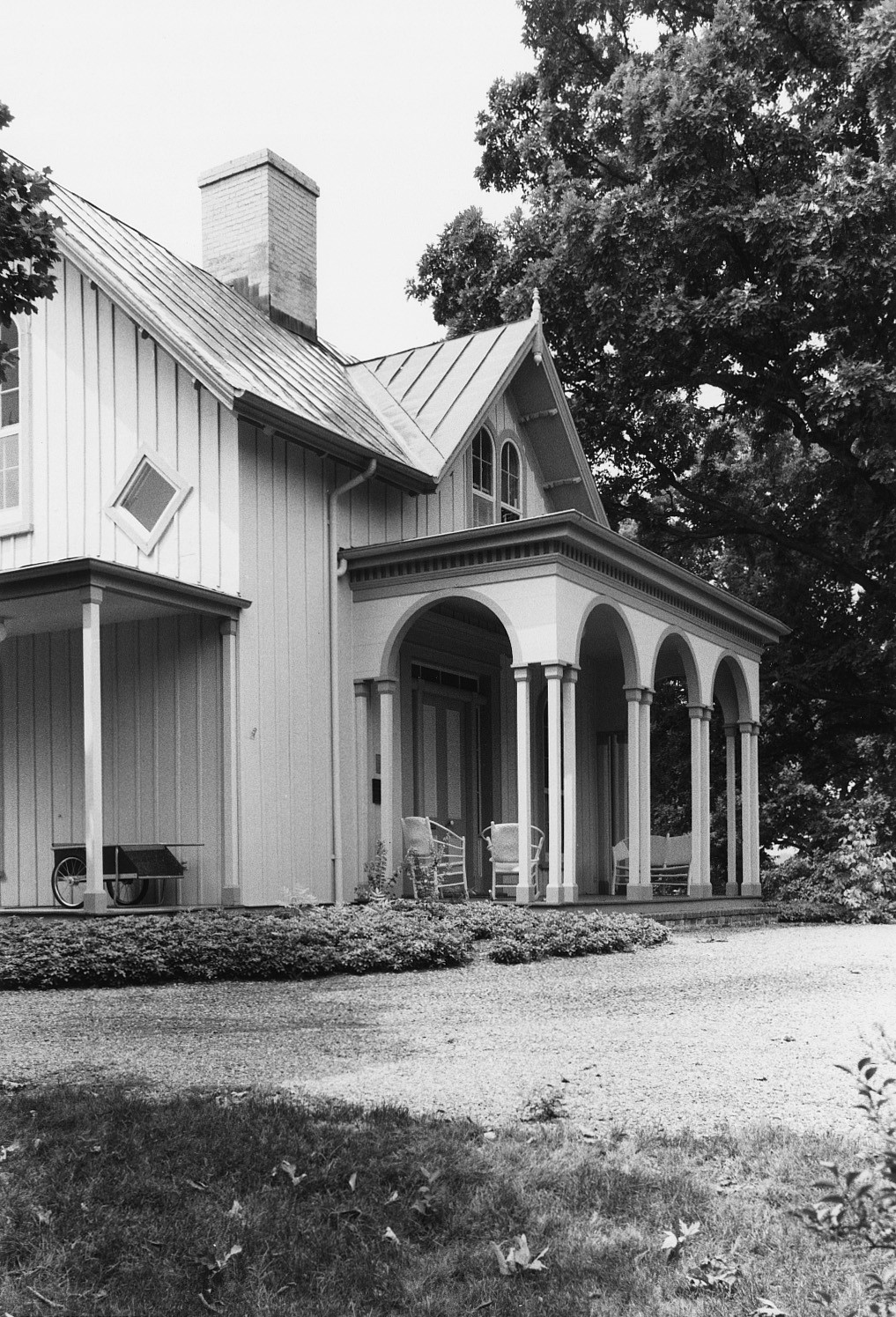 On a wooded hilltop overlooking Staunton’s downtown, this board-and-batten cottage was once the home of the educator Barnas Sears, chosen in 1867 by philanthropist George Peabody to administer the Peabody Educational Fund for the war-devastated South. Sears selected Staunton as his base of operation because of its convenience to transportation lines. He purchased the house erected a year earlier for Dr. Robert Madison, physician for the VMI cadets in the battle of New Market. He subsequently enlarged it with a polygonal tower to contain his library. The house conforms to the “bracketed cottage,” promoted by Andrew Jackson Downing as the most pleasant, economical, and practical dwelling for middle-class Americans. It was long owned by the city but was acquired and restored in the 1970s by the Historic Staunton Foundation and resold as a private residence.