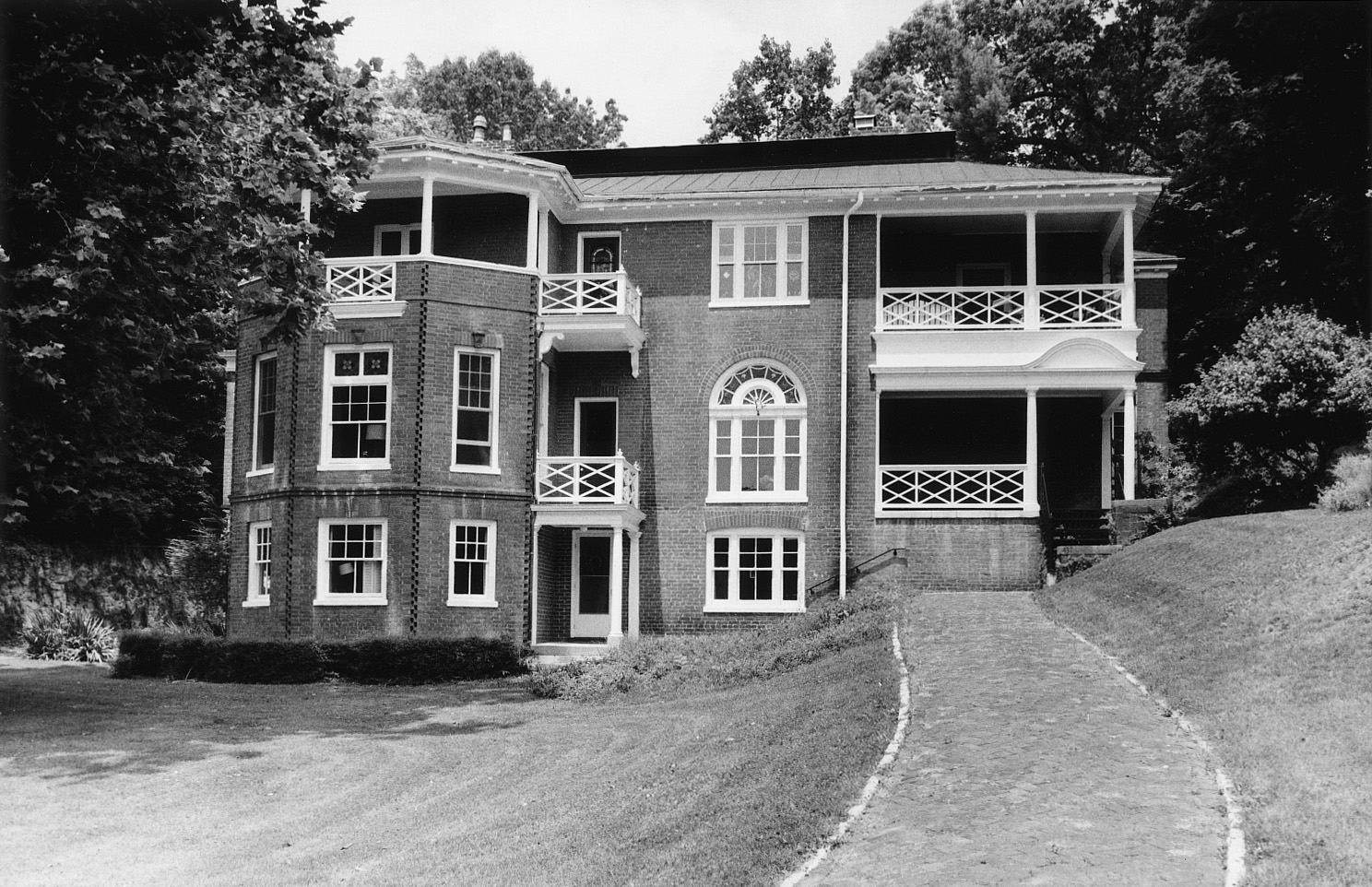 Against a wooded hillside on Staunton’s East Beverley Street, this singular house was built by Maj. Jedediah Hotchkiss, Confederate cartographer and aide to Gen. “Stonewall” Jackson. Hotchkiss’s Virginia campaign maps, often produced under dangerous conditions, are now in the Library of Congress and are considered by Civil War historians to be among the finest of their type. After the war, Hotchkiss successfully speculated in land and minerals. He also wrote on Virginia geology, geography, and Civil War history. The rear wing of Hotchkiss’s house was built in the 1840s as a wing of an earlier dwelling and features the deep bracketed eaves characteristic of the chalet style. The irregular Queen Anne-style front section was Hotchkiss’s own design, drafted by the Boston firm of Winslow and Wetherell, and was erected in 1888-89. The interior contains intricately detailed woodwork typical of the period.