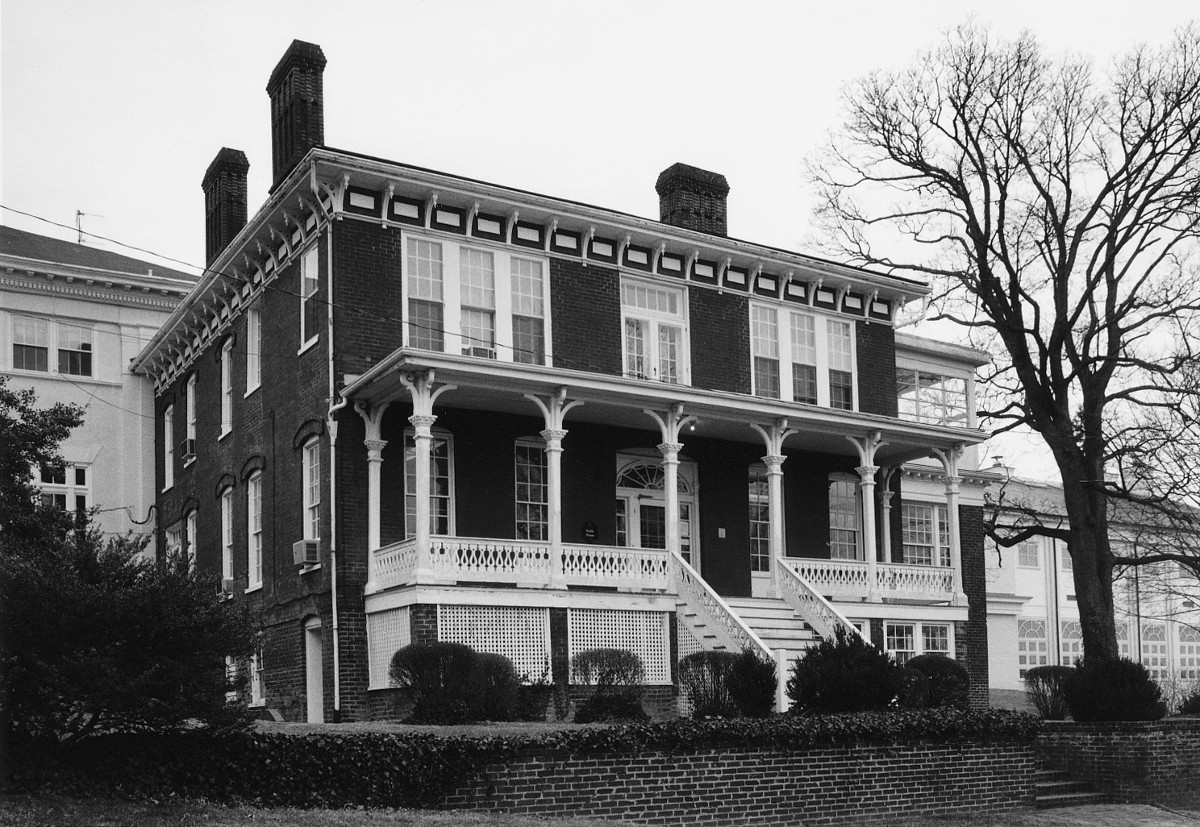 The Kable House was built in 1873-74 for John W. Alby. This first building of the former Staunton Military Academy is now part of the Mary Baldwin College campus. In 1860, Capt. William Hartman Kable founded the Charles Town Male Academy in Charles Town (now West Virginia). After the Civil War, Kable decided to move his school to Virginia proper, and in 1883 purchased this Italianate bracketed villa. Originally named the Staunton Male Academy, the school developed a military format in 1886. The house served as both a dormitory and the Kable family residence for many years, and later was used for classrooms and offices. Its interior was remodeled in 1917 by the local firm of T. J. Collins & Son, but the exterior retains its Italianate flavor. Staunton Military Academy closed in 1976 and sold its campus to Mary Baldwin College, which uses the house for student service offices.