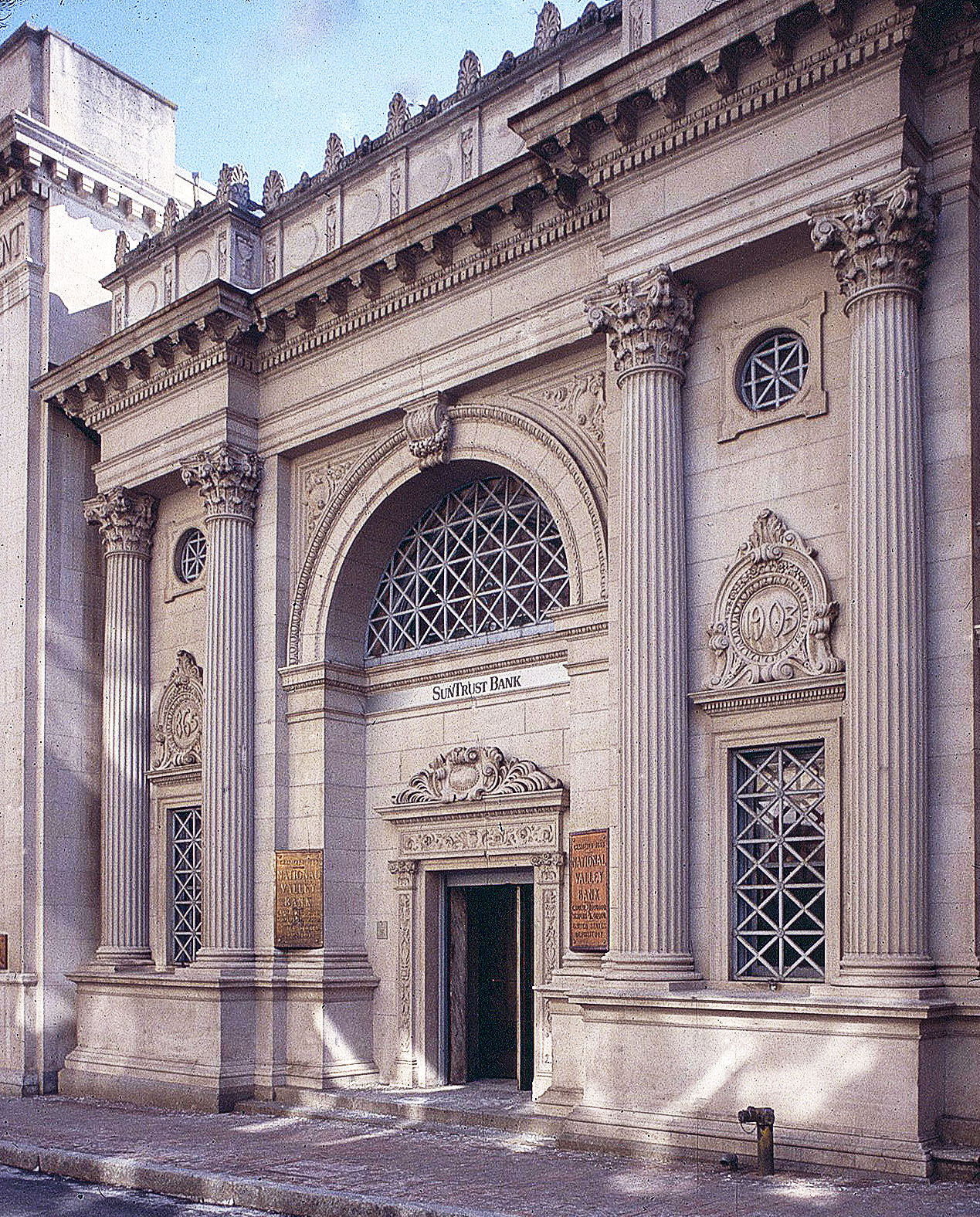 The influence of the Neoclassical Revival on America’s Main Street is well demonstrated in the façade of the National Valley Bank. Inspired by the triumphal arches of ancient Rome, the bank was designed in the Beaux Arts style by Staunton architect T.J. Collins and completed in 1903. The National Valley Bank was founded in 1865; its first president was former Confederate general John Echols. The present building, located in the Beverley Historic District, was intended as a showcase for the bank’s commercial success; craftsmen were brought from Baltimore to execute the impressive coffered ceiling, and furnishings and fittings were brought from Cincinnati. Despite some later remodeling, much of the original character of the grand interior has been brought out through restoration; the façade stands unaltered. The building continues to function as a bank.