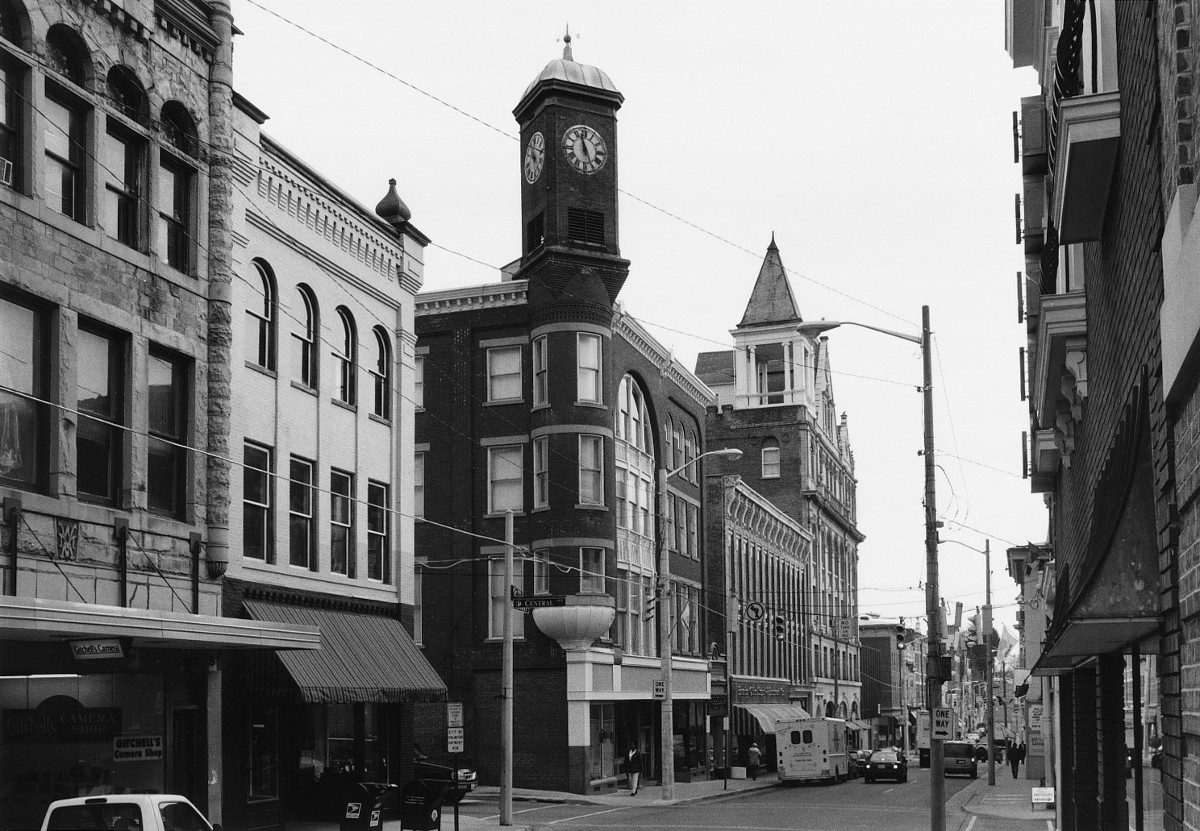 The Beverley Historic District includes approximately 150 buildings in some eleven blocks of downtown Staunton. Although the area was part of the mid-18th-century settlement founded on the land of William Beverley, its principal business artery, Beverley Street, is a classic Victorian main street. This, and the district’s secondary streets, have few detracting modern intrusions. The dome of the Augusta County Courthouse, the old YMCA clocktower, the observation tower of the Masonic building, and several church spires enliven its skyline. Nearly every phase of the region’s 19th- and early-20th-century stylistic development is to be found on the narrow streets, from Federal-period shops to the Beaux Arts National Valley Bank. The buildings reflect Staunton’s growth from an early mill settlement to one of the Shenandoah Valley’s most prosperous communities. Much of district’s historic character was restored late in the 20th century through a façade improvement program.

A supplement to the 1982 nomination was accepted by the National Park Service in 2018, changing the contributing status of a block of three buildings on North Central Avenue in the district.
[NRHP Approved: 3/6/2018]