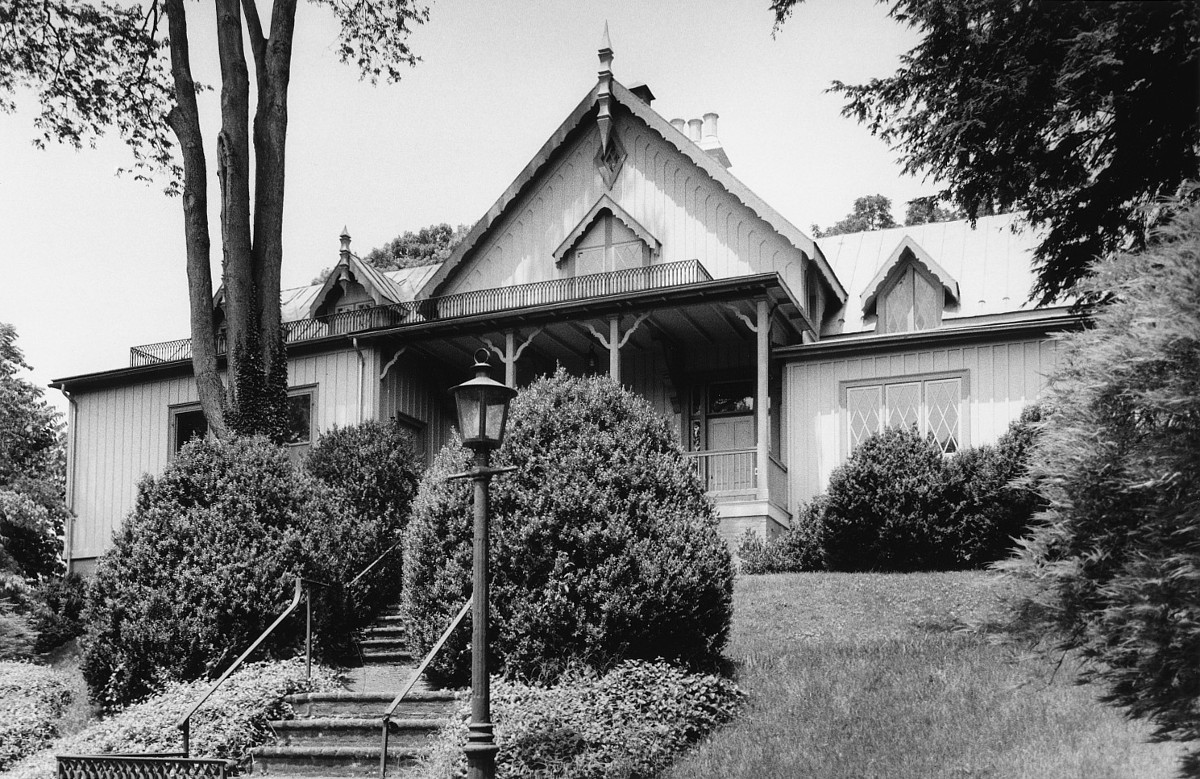 The J. C. M. Merrillat House is a proper mid-19th-century Gothic Revival cottage complete with steep gables, scrolled bargeboards, board-and-batten siding, and diamond-pane windows. It is situated against a steep hillside within spacious, picturesquely planted grounds. Although the Gothic cottage was a popular house type throughout the country, the Merrillat House is one of the few examples of the form in the Staunton area. It was built in 1851 for Dr. Jean Charles Martin Merrillat, a native of Bordeaux, France, who in 1839 was appointed first head of the Department of the Blind at the nearby Virginia School for the Deaf and the Blind. In 1852 he became administrator for the entire school. During the Civil War, when the school was used as a military hospital, Dr. Merrillat served there as a surgeon.