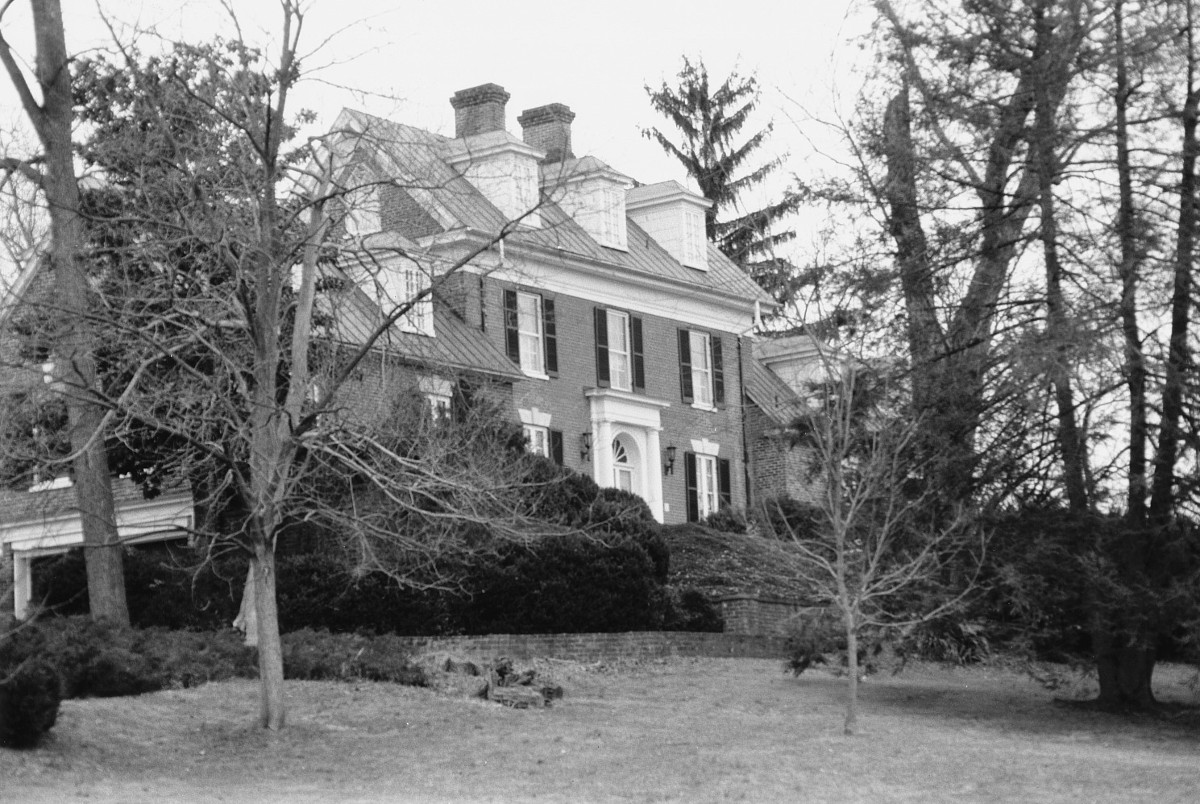 Steephill was built in 1877-78 as a Gothic-style suburban villa for Col. John Lewis Peyton, author of The History of Augusta County, Virginia (1882) and other works of local and regional history. In 1926-27 the house was deftly remodeled in the Georgian Revival style by Staunton architect Samuel Collins for Peyton’s son, Lawrence Washington Peyton. Collins was the son of T. J. Collins, founder of Stanton’s most prominent architectural firm. The remodeling resulted in one of the city’s best examples of this dignified 20th-century mode. Adding interest to the place is its dramatic setting on a steep, terraced hill within a spacious yard near the city’s Gypsy Hill Park. During the remodeling, the extensive landscaping, including a boxwood maze, was redesigned to be more compatible with Steephill’s new look.