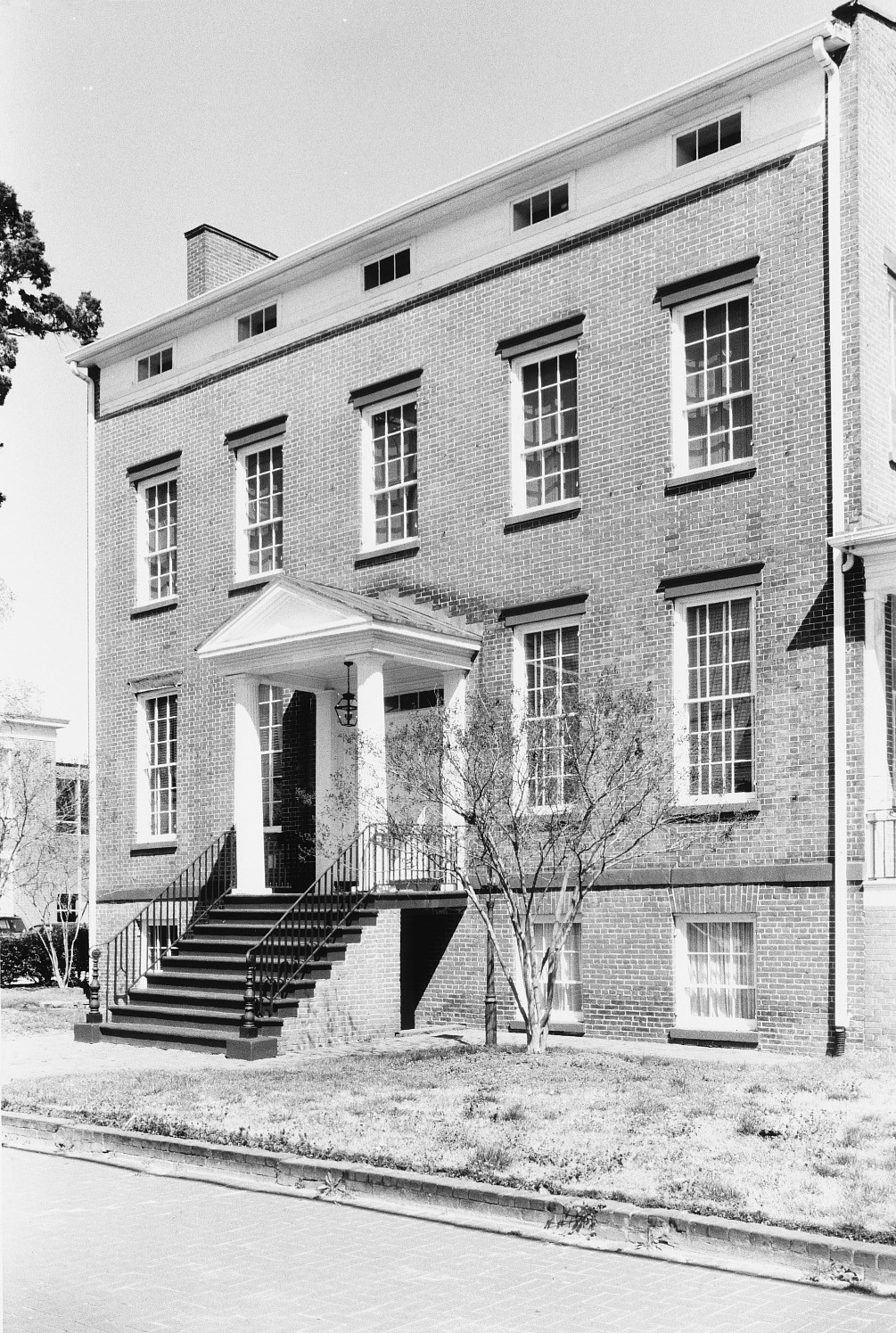 This Greek Revival mansion is Suffolk’s most distinguished historic residence and an outstanding example of Greek Revival urban residential architecture. The formality of its exterior is emphasized by its large scale, fine brickwork, and stone lintels. The large airy rooms are decorated with bold Greek Revival trim and ornamental ceiling medallions. Mills Riddick, a member of a prominent area family, began construction of the house, next to the Nansemond County Courthouse, in 1837 after the fire that consumed much of the town. Maj. Gen. John J. Peck and his staff of Union officers occupied the house during the Civil War. Penciled messages written by Union soldiers remain on the third floor. The house remained in the Riddick family until the 1960s when it was sold to Nansemond County. It subsequently was restored and is now a museum and cultural center.