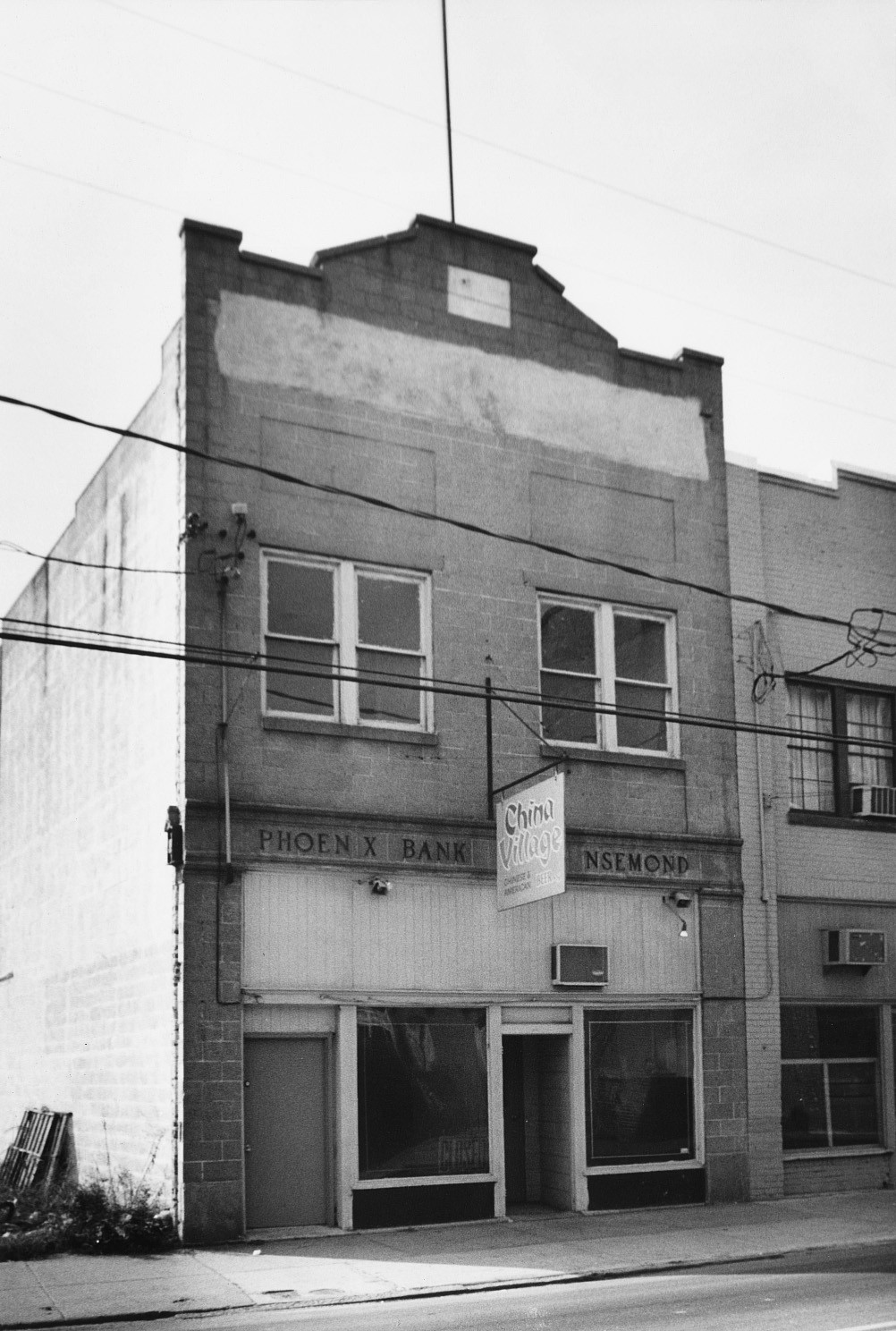 The straightforward commercial building erected in 1921 for the Phoenix Bank of Nansemond represents the effort of Virginia African Americans to establish, out of necessity, their own business enterprises. Because white-run banks resisted extending credit to blacks, black businessmen created lending institutions to serve their community. Between 1900 and 1920 twenty black banks opened in Virginia. During this period, Suffolk was gaining recognition as the “Peanut Capital of the United States.” This thriving industry brought economic gain to black workers and the need for financial services. The bank was founded in 1917 by Dr. W. T. Fuller; the present building was erected by his successor, John W. Richardson. Though compact, the building was well appointed. In 1921 the Norfolk Journal and Guide described its vault as “second to none in the city as to security.” The bank closed in 1931, a victim of the Great Depression.