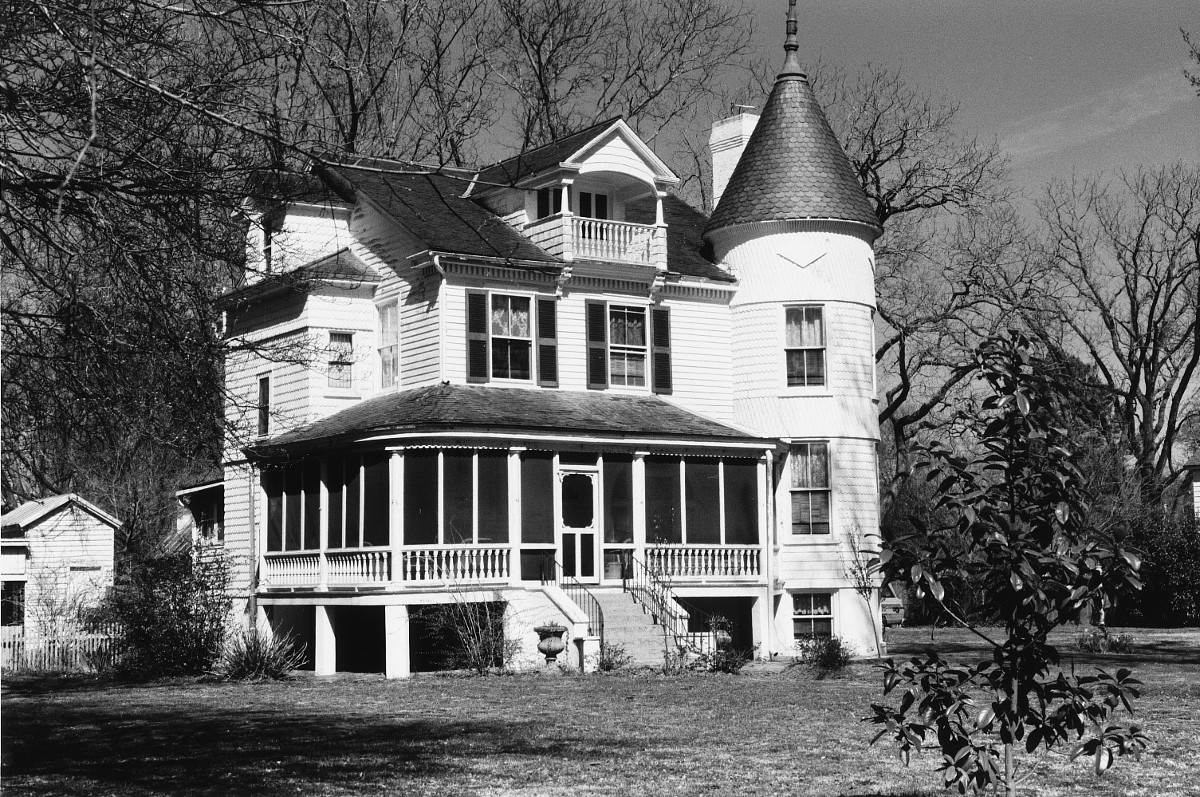 Chuckatuck‘s most conspicuous landmark, the Godwin-Knight House was the childhood home of Mills E. Godwin, Jr., who served as governor of Virginia for two terms, 1966-1970 and 1974-1978. The house displays architectural features from two distinct eras. Edward F. Wicks built what was a traditional side-passage house in 1856 on land he bought from Jennette Godwin. The house was remodeled in the Queen Anne style in 1900 by Charles B. Godwin, great-uncle of the governor. The most striking features of the change are the corner tower and the elaborate wrap-around front porch. Other additions include a tile vestibule and plaster embellishments in the parlor. Despite the exterior alterations, the original antebellum design is discernible and can be compared to a nearby Federal-period house that was a near twin to the earlier form.