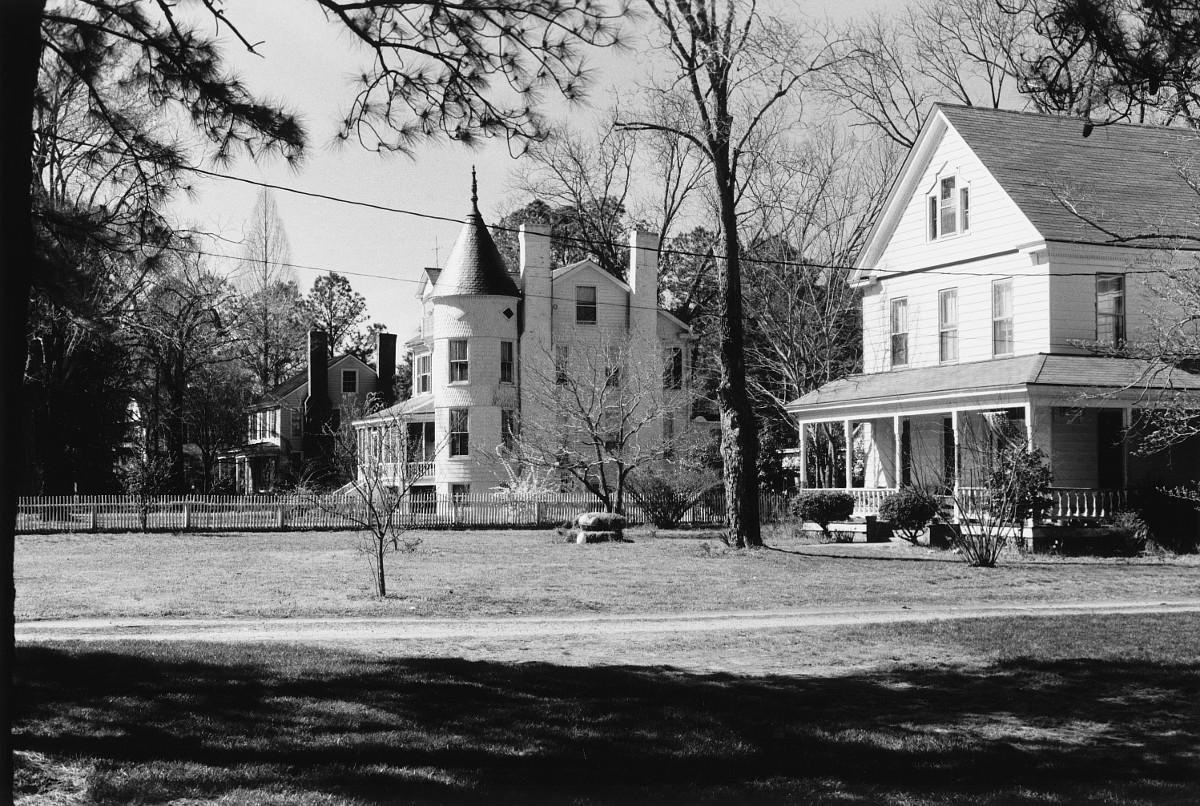 Chuckatuck is one of the oldest communities in the modern city of Suffolk, formerly Nansemond County. The settlement developed in the mid-17th century and was supported by the agricultural economy of the surrounding plantations. The name Chuckatuck is of Indian origin and means crooked creek. Chuckatuck in the 19th century was a commercial center with its water and land transportation arteries serving the tobacco industry. Little growth occurred in the 20th century. The historic district consists of some sixty-two contributing buildings, the dominant ones being free-standing weatherboarded dwellings, mostly dating from the 19th century and generally situated in large, level yards dotted with trees. Only one of its three early store buildings survives—Gwaltney Store, built in 1823 as a residence and later converted. Though Chuckatuck remains essentially a dormant crossroads community, it still exudes a wholesome, old-fashioned ambiance.