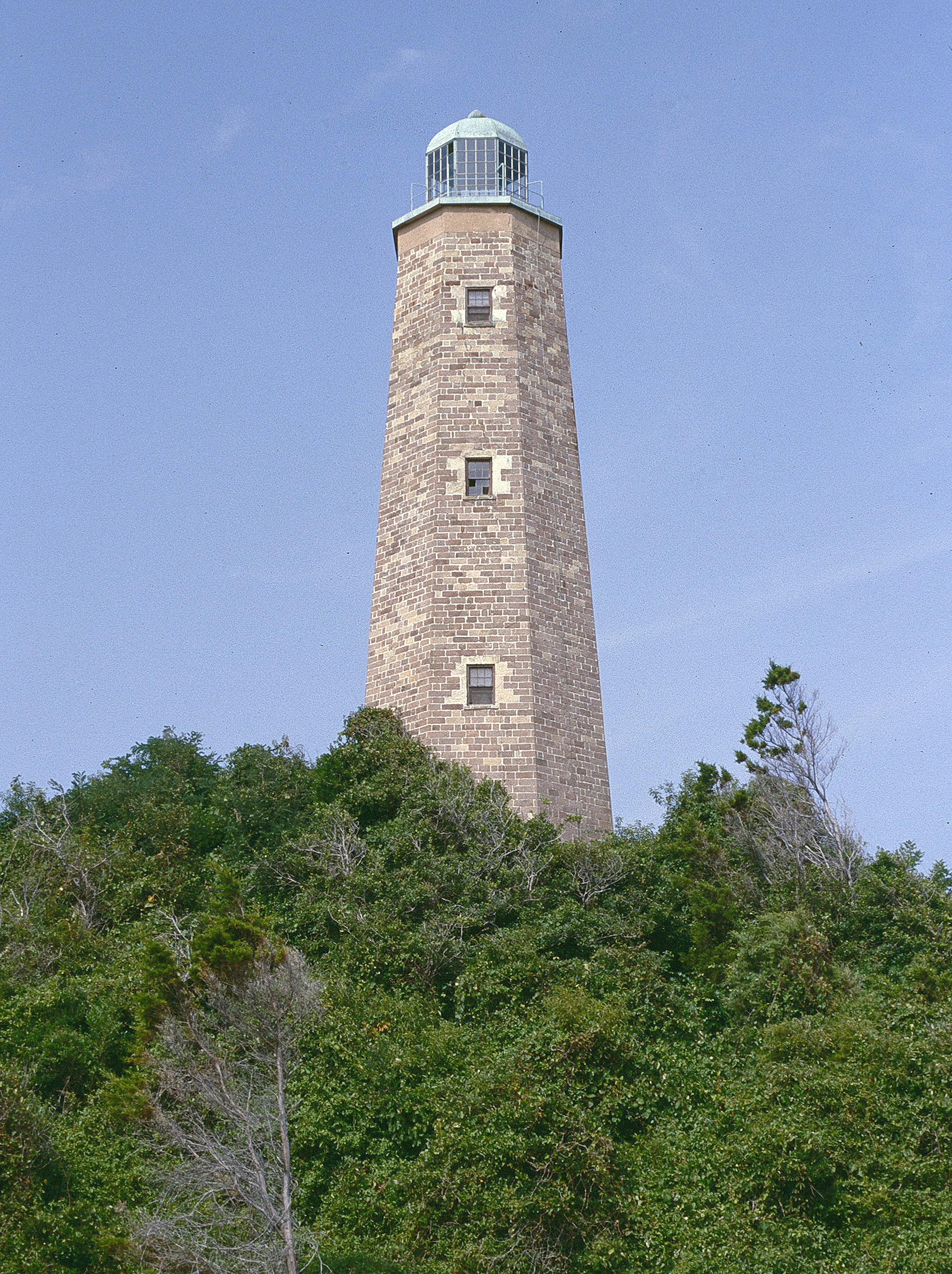 This landmark commanding the entrance to Hampton Roads was the first lighthouse authorized, fully completed, and lighted by the newly organized federal government. The bid for its construction was approved by President George Washington. Put into operation in October 1792, the tapered octagonal structure faced with hammer-dressed sandstone ashlar was the first of three lighthouses designed and built by John McComb, Jr. of New York. McComb’s original drawings for the structure are in the New-York Historical Society. The lighthouse function was taken over by a new tower erected nearby in 1881. The old lighthouse was deeded to the Association for the Preservation of Virginia Antiquities (now Preservation Virginia) in 1930 and is now maintained as a museum. It stands near the spot where English colonists first set foot on Virginia soil in 1607.