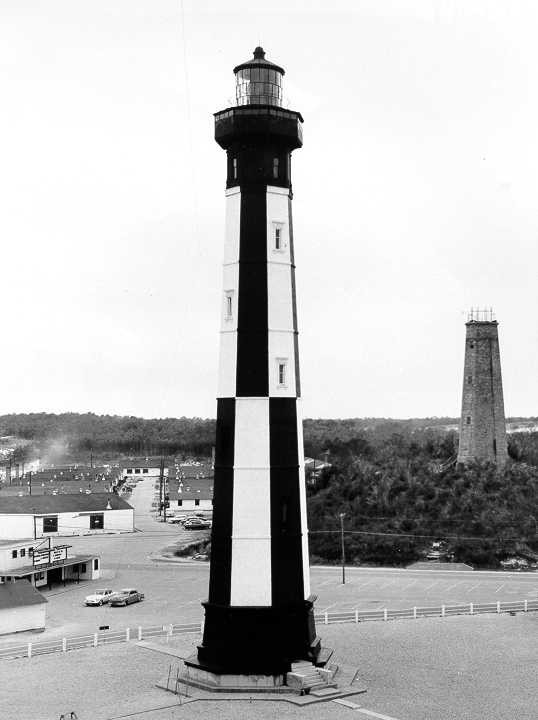 The second tower for the Cape Henry Light Station is listed under the National Register Multiple Property Documentation (MPD) Form for Light Stations in the United States. It was built in 1881 and is located on the south side of the mouth of the Chesapeake Bay, near the still-extant original light station. The main lighthouse has a granite foundation that supports a 163-foot-tall tower shaped in the form of a truncated frustum of an octagon. It is surmounted by a one-story black iron lantern containing a first-order Fresnel lens. The light station complex includes three keeper’s dwellings built about 1881, an 1881 brick fog signal building (one of only a few such pre-20th-century structures extant on the East Coast), an 1892 brick oil house, a 1905 coal house, and a 1935 fog signal testing laboratory. Though most of the secondary buildings have been modified, few light stations possess such a variety of intact buildings.