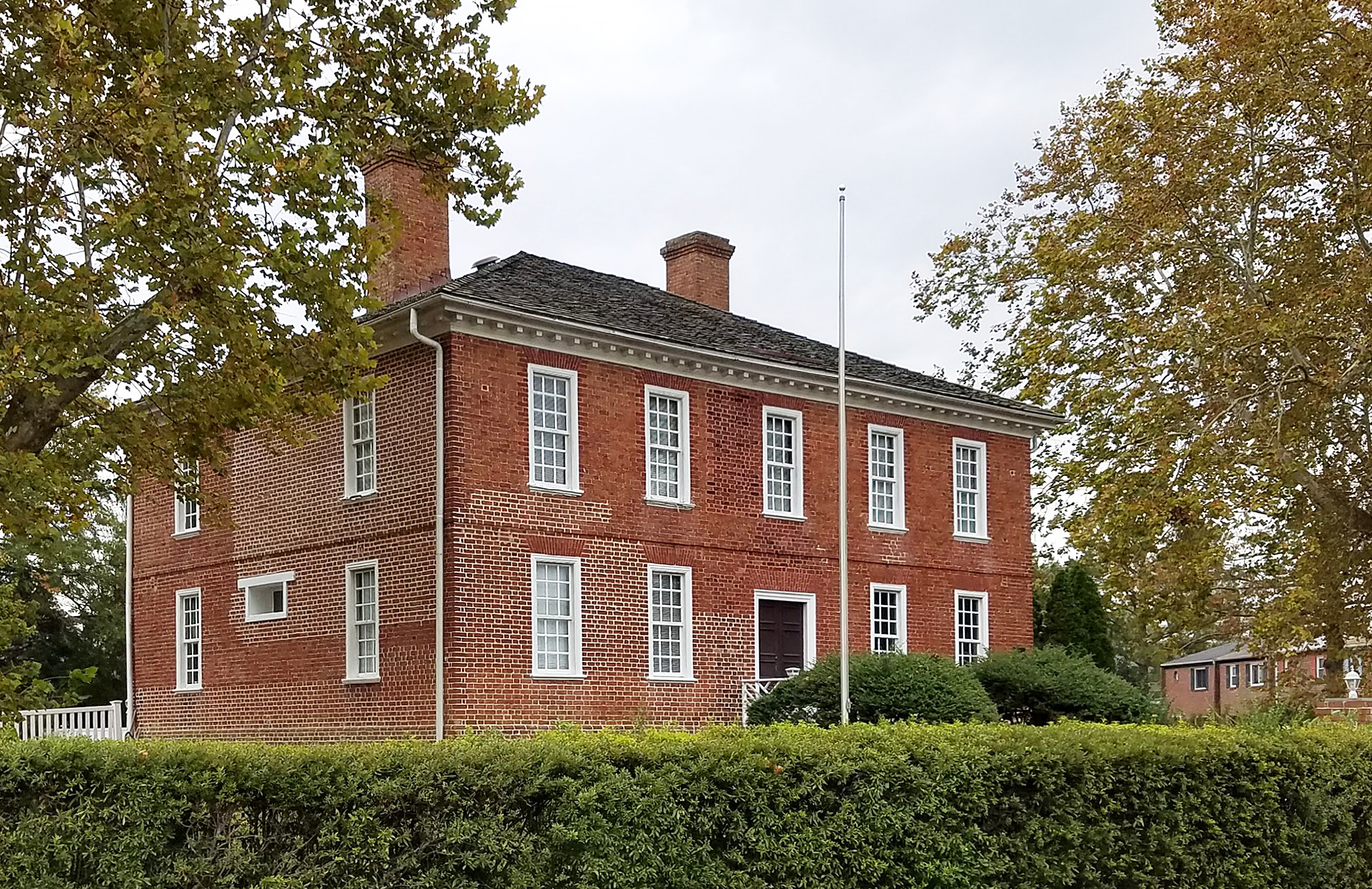 This example of formal Georgian architecture was built in 1764 for Capt. Jonathan Saunders and his wife, Elizabeth Thoroughgood Saunders. During the Revolutionary War the state confiscated the Pembroke property from Saunders’s son John because he remained an avowed loyalist. Pembroke is related architecturally to such formal mid-18th-century mansions as Carter’s Grove, Wilton, Elsing Green, and especially the George Wythe House, which Pembroke closely resembles. It was long overlooked by architectural scholars because the exterior for years was hidden by surrounding two-story galleries. Despite later interior alterations, some colonial wainscoting, window cases, and door frames remain. The house was given to the Princess Anne Historical Society when the farmland was developed in the 1960s. Since sold, Pembroke has been restored and now serves as a private elementary school.