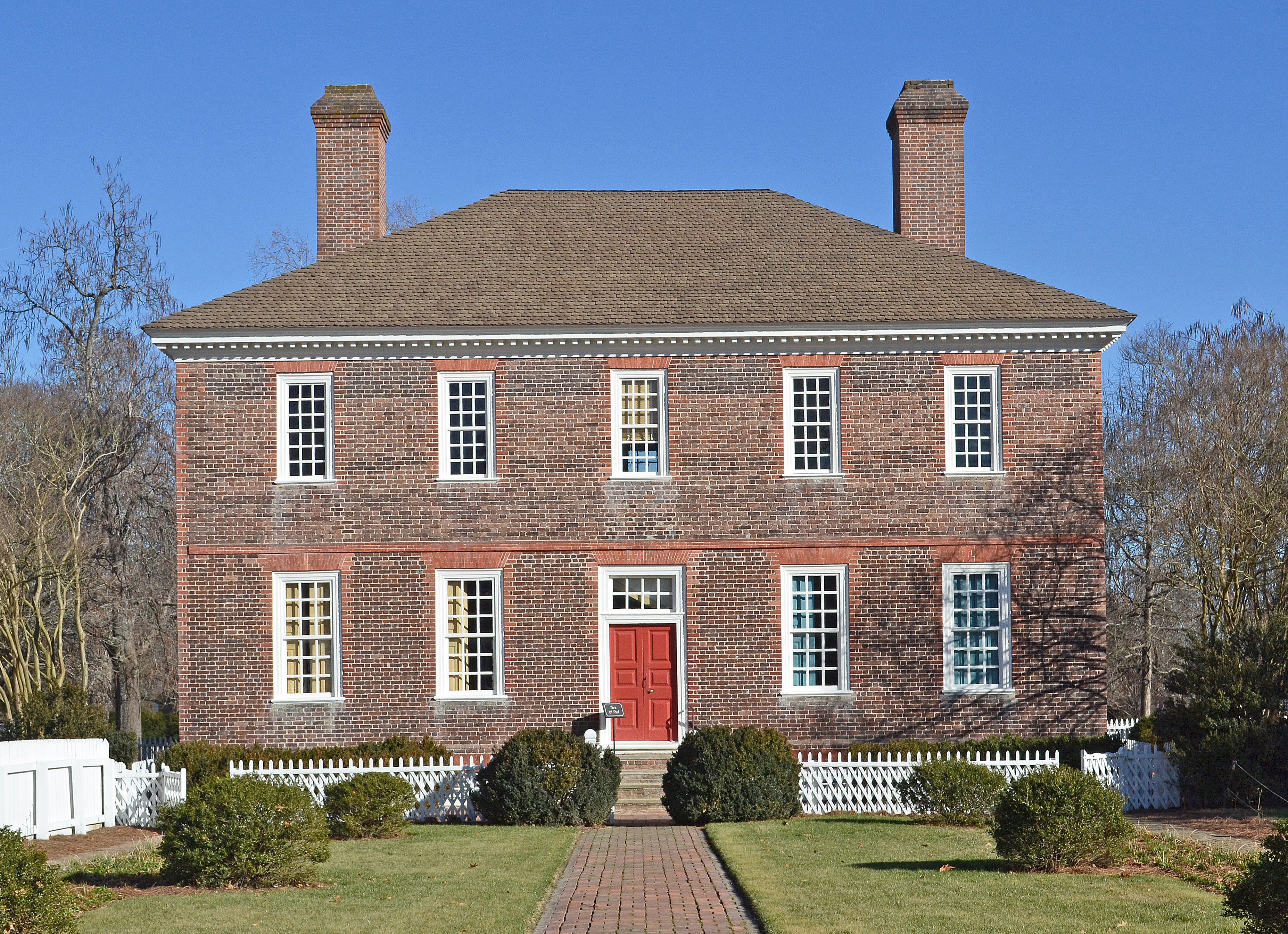 Few colonial Virginia houses are so admired or have spawned so many imitations as the George Wythe House, this restrained Georgian dwelling in the heart of the Williamsburg Historic District. The house was erected ca. 1750 by the builder Richard Taliaferro, who most likely was its designer. Taliaferro received public acclaim as an architect when he directed the 1754 addition of the ballroom to the Governor’s Palace. For many years the house was the home of Taliaferro’s son-in-law, George Wythe, a signer of the Declaration of Independence and first law professor at the College of William and Mary. It also served as George Washington’s headquarters during the Yorktown campaign. The complex geometry of its proportions, combined with its subtle brickwork, demonstrate how Virginia’s otherwise plain colonial architecture could transcend provincialism and achieve stateliness. Restored by the Colonial Williamsburg Foundation in 1939-40, the Wythe House serves as an exhibition building.