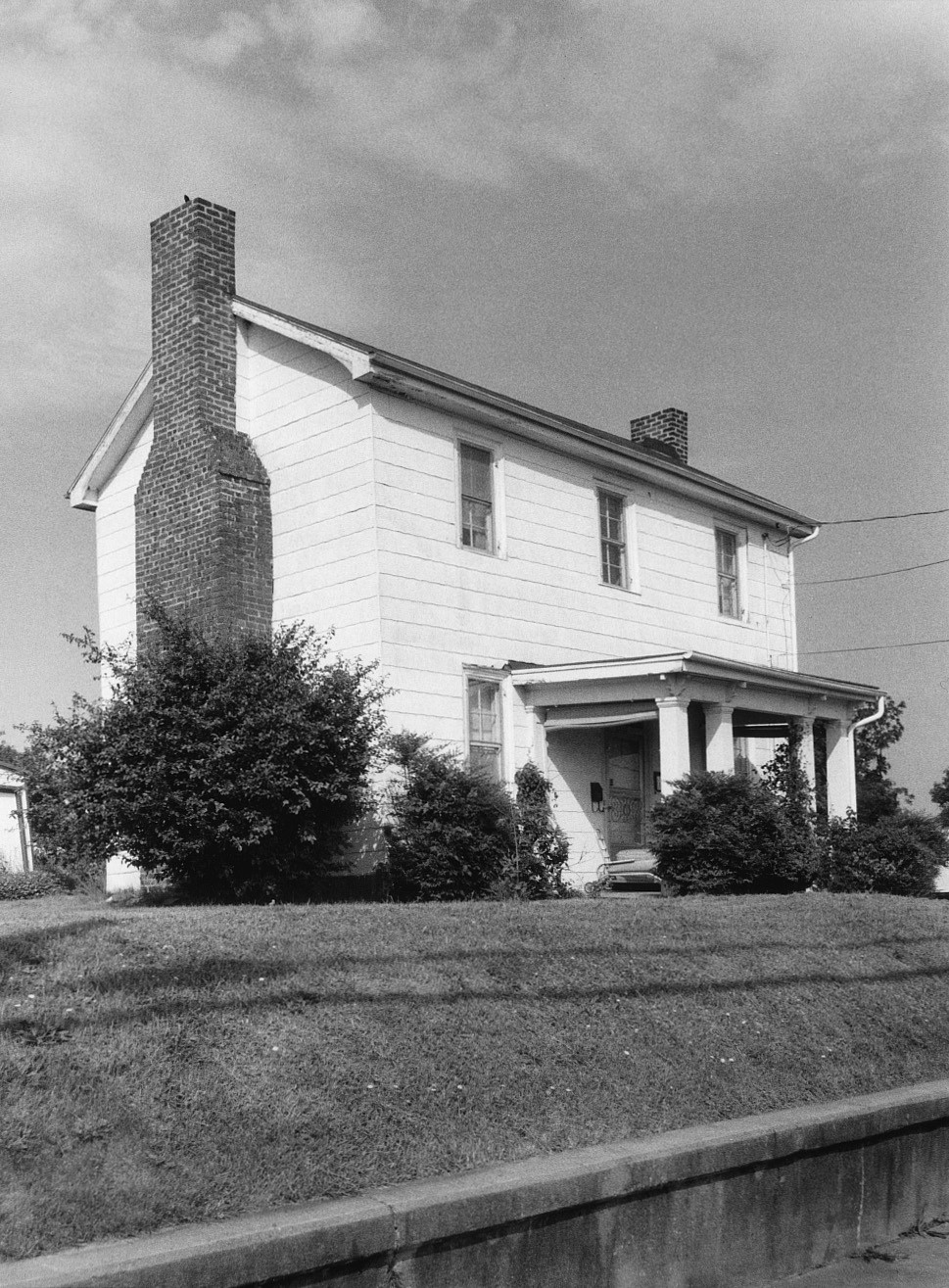 Built between 1802 and 1806 for Daniel West, the Plumb House is believed to be the only surviving early log building in the city of Waynesboro. The two-story structure originally had a hall-parlor plan and was sheathed in weatherboards. It later was given a center passage and was covered with shingles in the 20th century. Distinguishing features of the remarkably preserved interior include its fine Federal mantels, chevron-pattern door, and enclosed winder stair. The east chimney is a rare example for the region of the use of Flemish-bond brickwork with glazed headers. Behind the house is an early smokehouse/kitchen. The property was purchased in 1838 by Alfred Plumb, a local tavern owner, and remained in the Plumb family until 1994 when it was acquired for preservation by the city of Waynesboro.