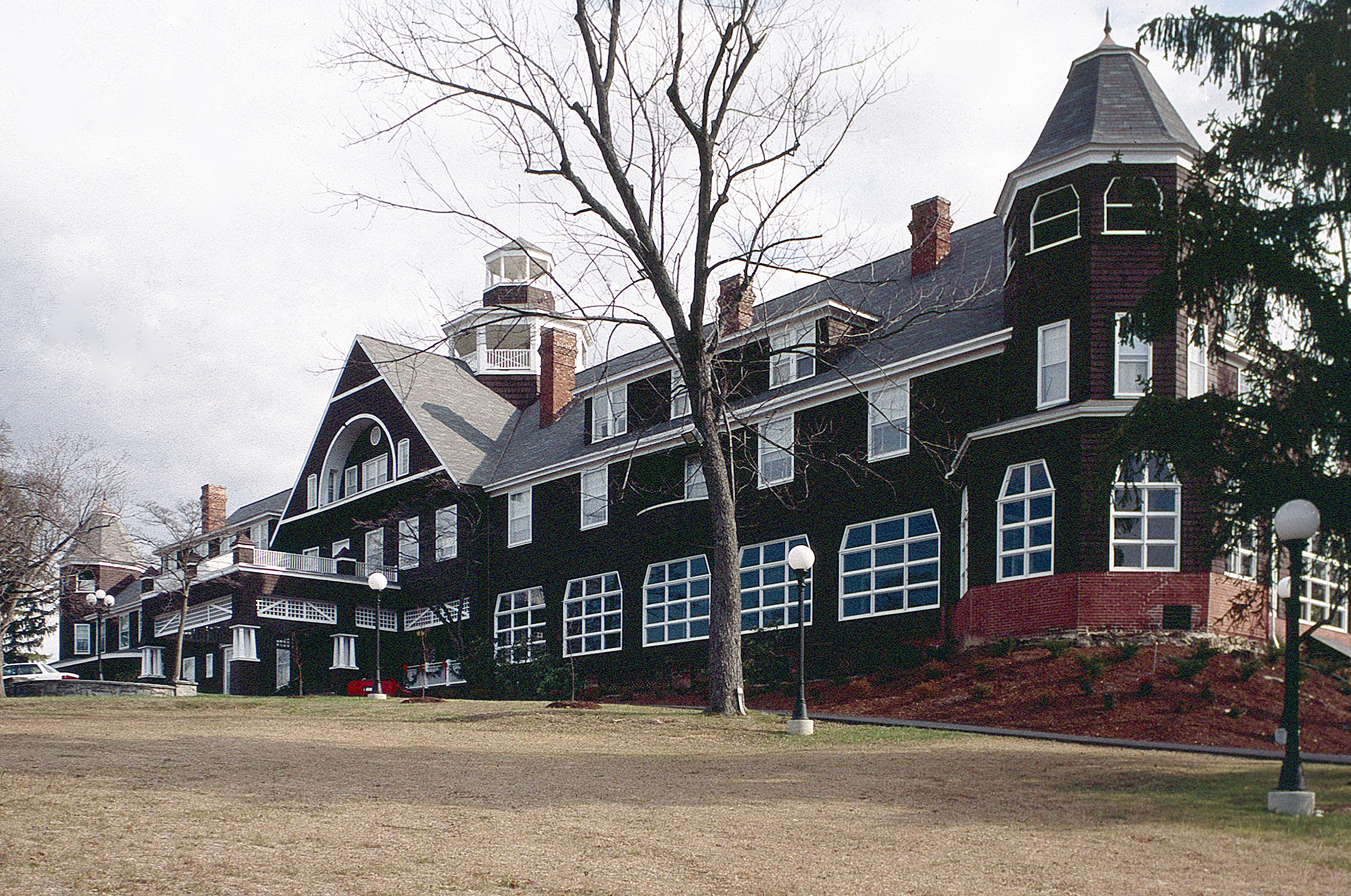 Fairfax Hall, originally the Brandon Hotel, is one of only two remaining of the many late Victorian resort hotel buildings that once dotted the Shenandoah Valley. Most of these establishments were built in conjunction with the building of the Norfolk and Western railroad, which made them easily accessible to eastern and northern cities. Opened in 1890 in what was originally Basic City, later consolidated with the city of Waynesboro, the hotel was designed by Washington, D. C. architect William M. Poindexter. Poindexter produced a noteworthy Queen Anne scheme in the shingled mode, employing a central cupola and corner towers. A relaxed atmosphere was conveyed by the use of a long front porch. In 1920 the building became Fairfax Hall, a preparatory school and junior college for girls which operated for some fifty years. It later became a training center; after standing vacant for years late in the 20th century, Fairfax Hall was converted for use as affordable housing for seniors.