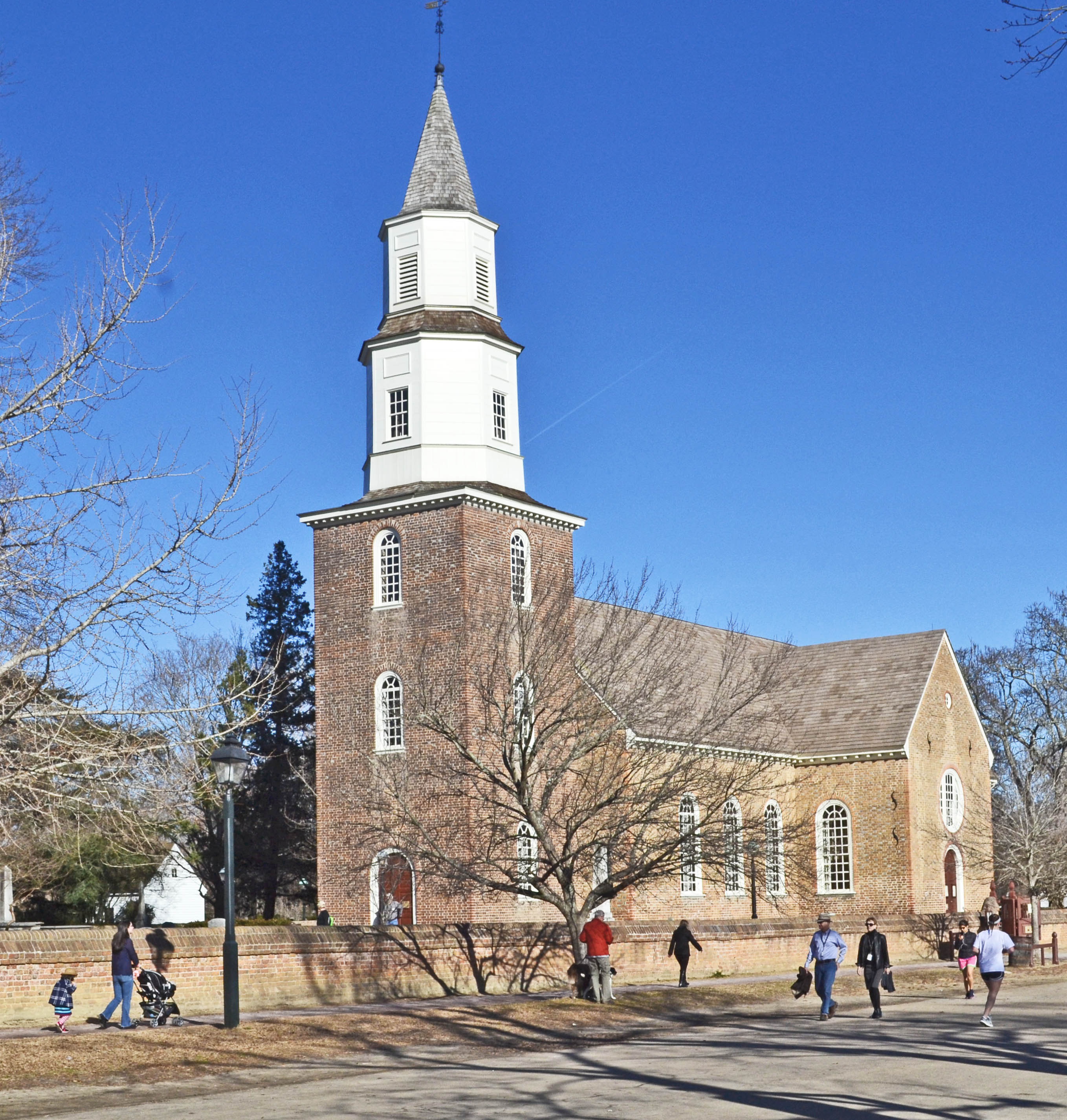 Bruton Parish Church, the official house of worship of Virginia’s former capital in Williamsburg, remains one of the state’s most ambitious representatives of colonial ecclesiastical architecture. It was constructed in 1711-15 to replace an earlier structure that stood nearby. The Assembly voted to contribute part of the cost because its members worshiped there while in session. The design is credited to Governor Alexander Spotswood, who called for a cruciform-plan building, the colony’s first. The builder was James Morris. The chancel was extended in 1752, and the tower, with its two-tiered steeple, was added in 1769 by Benjamin Powell. The removal of the capital to Richmond ended Bruton Parish’s role as Virginia’s leading church and ushered in a long stagnant period. The interior was rearranged in the 19th century but was restored in 1905. A more complete restoration was undertaken in 1939 under the guidance of Colonial Williamsburg architects.