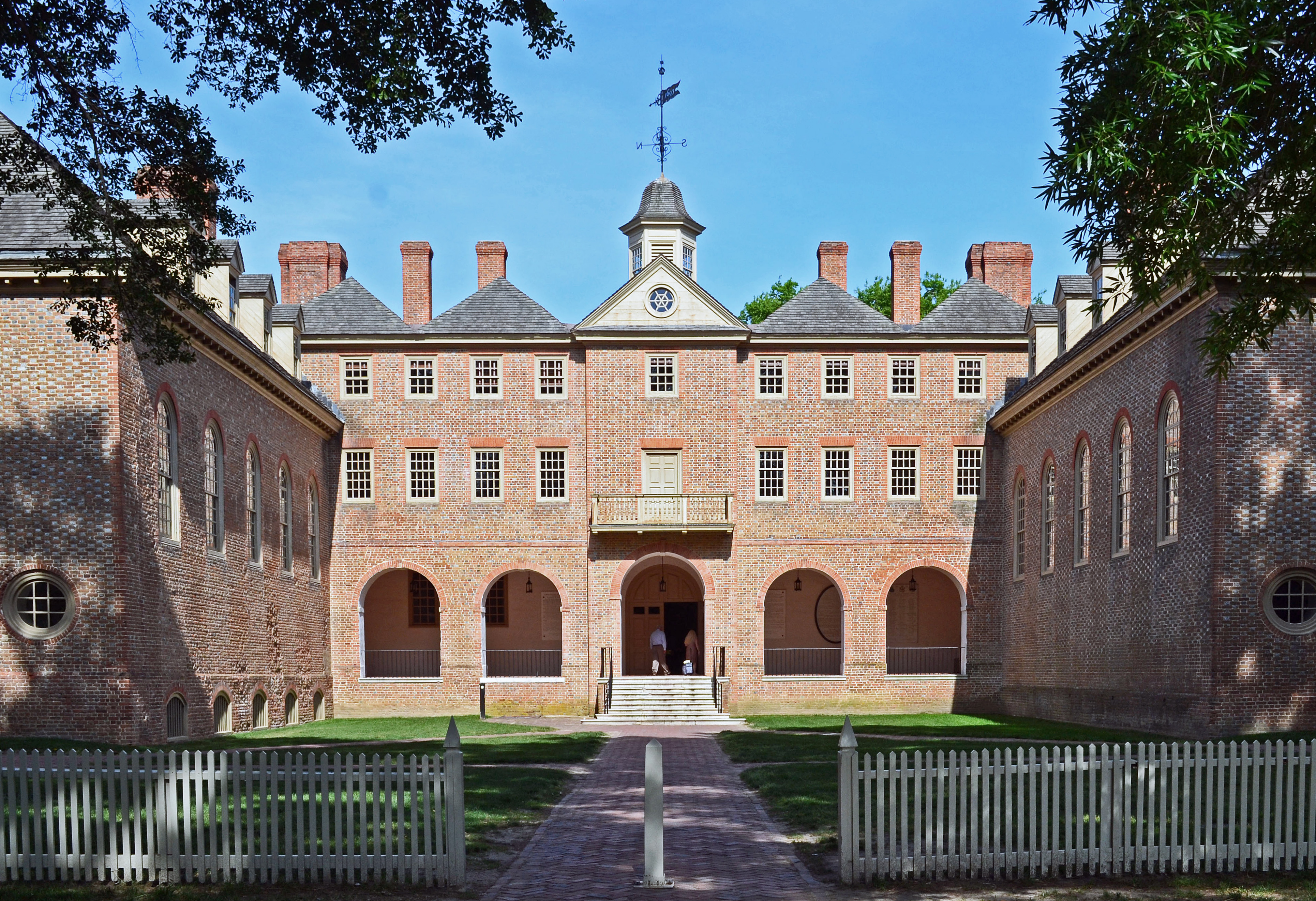 The main building of the College of William & Mary, the nation’s second oldest seat of higher learning, the Wren Building was begun in 1695 and completed four years later. Hugh Jones in his Present State of Virginia (1724) stated that the building was “first modelled by Sir Christopher Wren, adapted to the nature of the country by the gentlemen there.” It was gutted by fire in 1705 and rebuilt in modified form within the original walls. It again burned in 1859 and 1862, but in each case the walls survived and were incorporated in the rebuildings. The Wren Building’s 1705 exterior appearance is well-documented, and it was to that form that it was returned during the restoration of 1928-31 directed by Colonial Williamsburg architects. Defining a forecourt are the President’s House (1732-33) and the Brafferton, built in 1723 as an Indian school. William and Mary was chartered in 1693 and is now a state-owned university; the Old College Yard is the centerpiece of the Williamsburg Historic District.