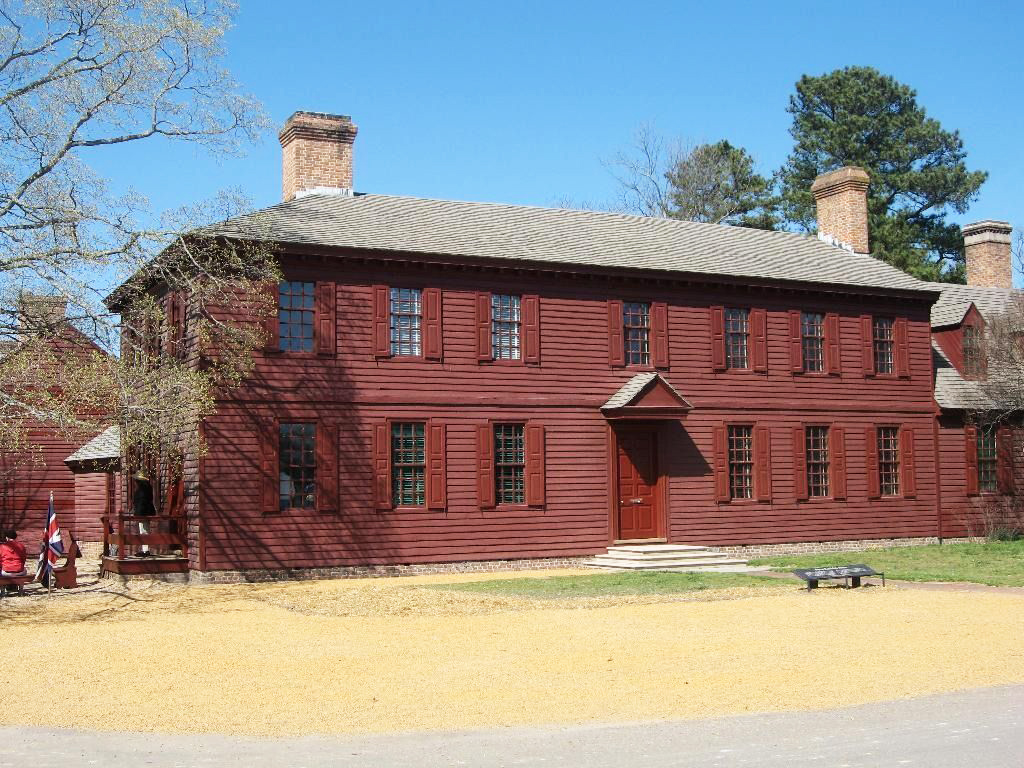 Peyton Randolph, Speaker of the House of Burgesses for nine years, lived here from 1745 until his death in 1775. A leading champion of independence, Randolph served as president of nearly every important revolutionary assemblage of Virginia, and was president of both the first and second Continental Congresses. The house served as headquarters for the Comte de Rochambeau in the Yorktown campaign; Lafayette stayed here in 1824 during his tour of America. The three-bay western section was built ca. 1716 for William Robertson, clerk of the Council. A story-and-a-half tenement to the east was built by 1724 and was later connected to the older part by a two-story, four-bay section probably built by Peyton Randolph. A marble chimney-piece and paneled woodwork distinguish the Randolph addition. The east wing was reconstructed when the house, located in the Williamsburg Historic District, was restored by the Colonial Williamsburg Foundation in 1939-40.