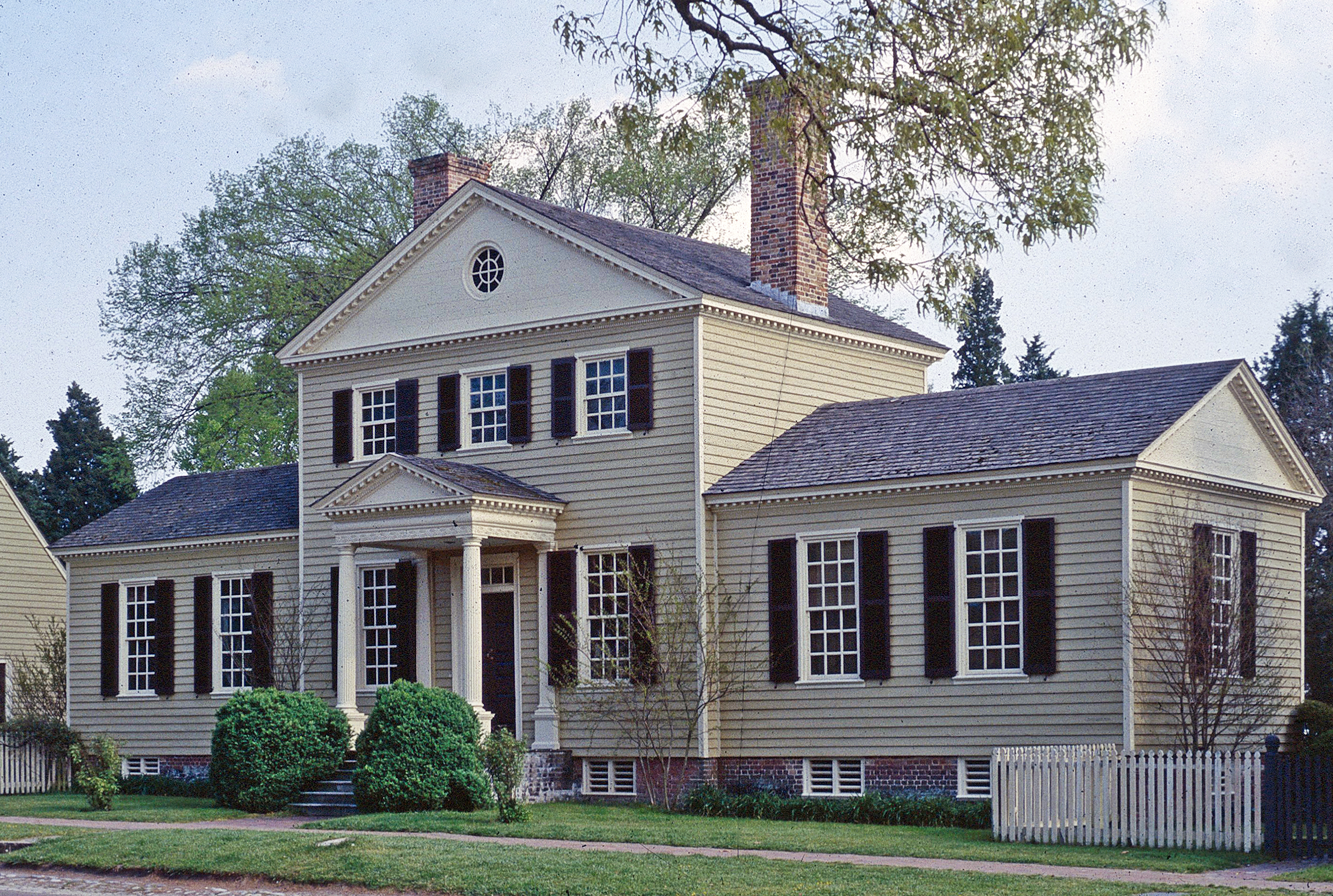 Among the most architecturally distinguished dwellings in Virginia’s former capital of Williamsburg is this three-part structure, which in 1809 St. George Tucker called “the handsomest house in town.” It was built before 1782 for Col. William Finnie who served as quartermaster general of the Southern Department during the Revolution. In 1800 it was acquired by James Semple, a judge and professor of law at the College of William and Mary. With its pedimented center section and one-story wings, the house follows a Palladian format as interpreted in published designs by English architects such as Robert Morris and William Halfpenny. The house is also a prototype of the many tripartite houses erected throughout Virginia and neighboring southern states in the early national era. The James Semple House was among the first to be acquired by the Colonial Williamsburg Foundation and was restored in 1932.