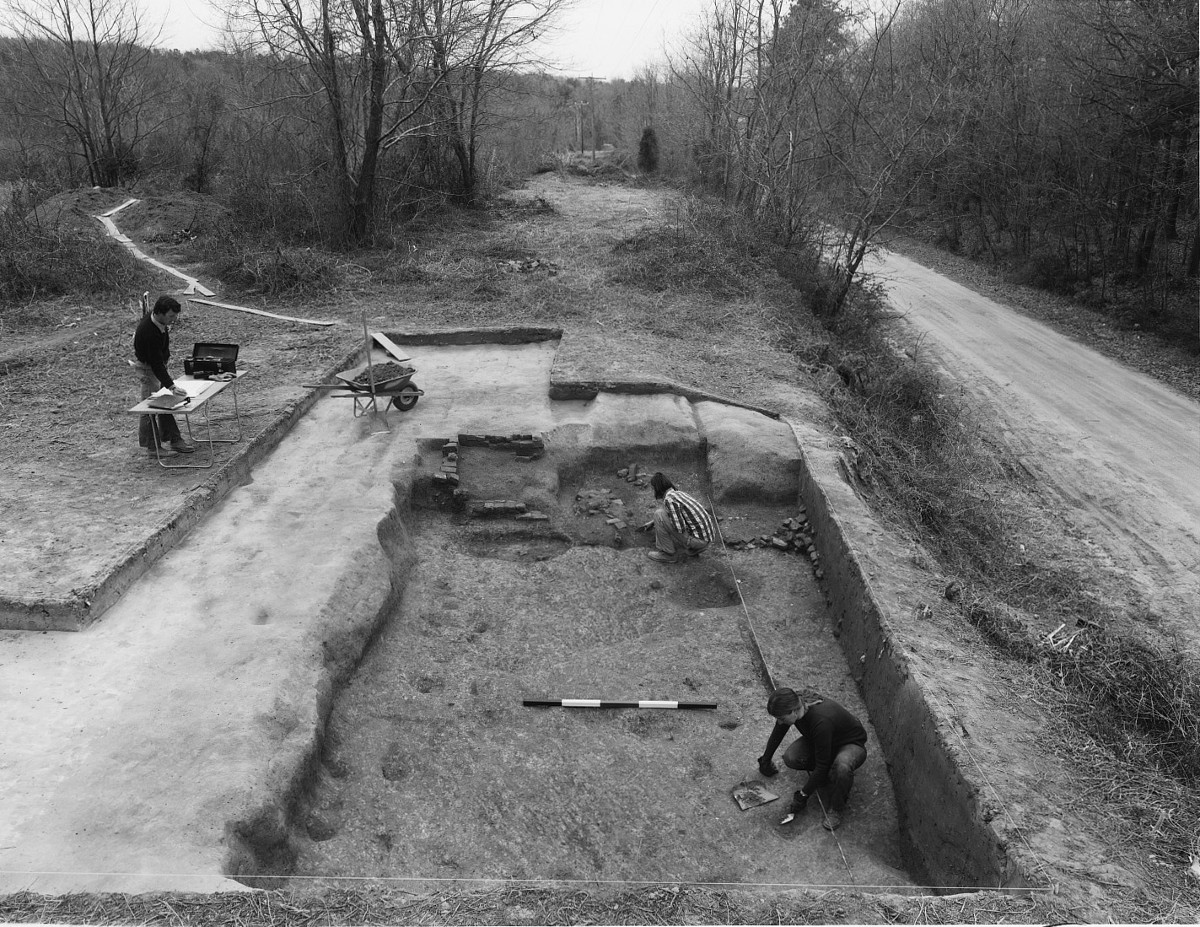 South of Williamsburg at the confluence of College and Paper Mill creeks, College Landing was a principal port for the colonial capital, connecting it with shipping on the James River. Warehouses and wharves as well as a tavern and some light industrial structures, including a brewery, sprang up here. The landing also became an important military supply center during the Revolution. The small port remained a busy place throughout the 18th century, but after the removal of the capital to Richmond, its activity began to ebb. By this century the site was completely abandoned. What remains is a series of archaeological sites relating to colonial Virginia’s transportation, commercial, and industrial life, as well as to the material culture of the transients who worked and lived near the landing. Several sites were salvaged when threatened by highway construction in 1976.