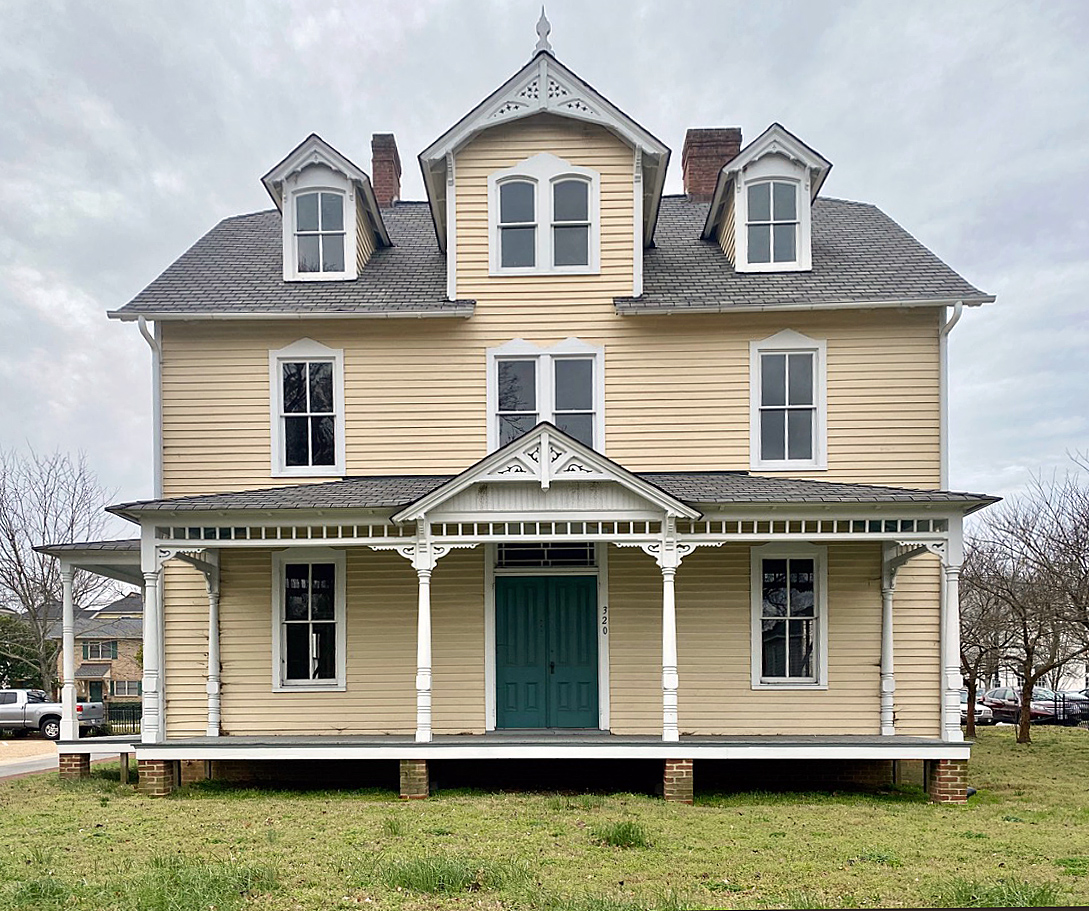 Built in 1890, predating the restoration and building campaigns of the 1920s that established Colonial Williamsburg, the Victorian-period Dora Armistead House once stood on Duke of Gloucester Street. One of Williamsburg’s best surviving illustrations of late Queen Anne-style architecture, the house was originally located in the heart of the colonial restoration making its Victorian-era architecture incompatible with surrounding buildings. It also stood on the footprint—even utilizing a portion of the original foundation—of the colonial-era Charlton Coffeehouse, which the Colonial Williamsburg Foundation (CWF) desired to reconstruct. The property remained in the Armistead family until the mid-1990s when heir Judge Robert T. Armistead and his wife, Sarah, donated the house to CWF on the condition it be moved to other land owned by the foundation. That move in 1995 culminated in a long and arduous relationship between the Armistead family and CWF. Between 1985 and 1993, the Association for the Preservation of Virginia Antiquities (now Preservation Virginia) operated the house, which the Laura Ashley Company decorated, as a museum showcasing residential 19th-century architecture and interior design. Today the Armistead House stands on North Henry Street.