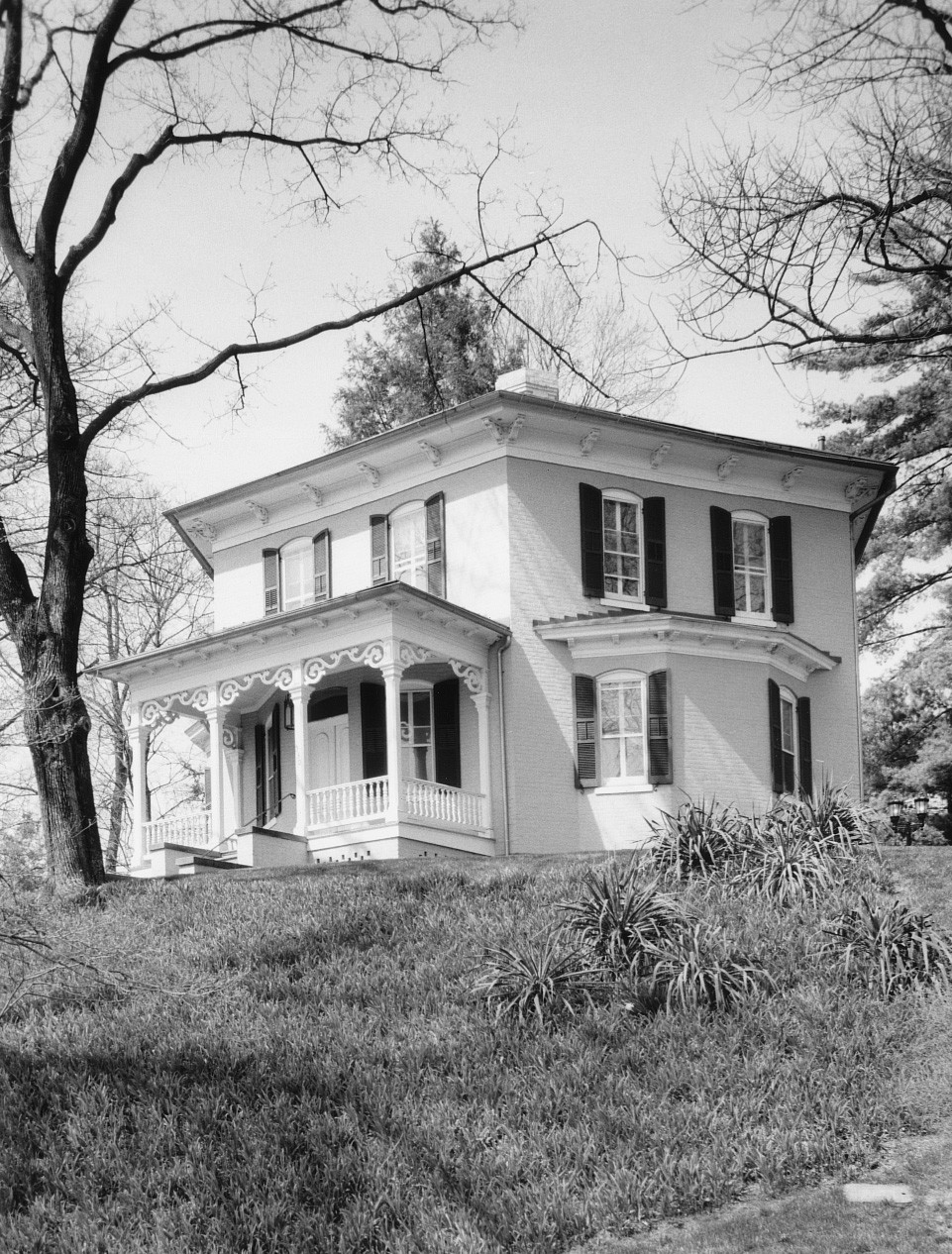 This distinctive structure, Virginia’s only known hexagonal dwelling, was built in 1871-73 for James W. Burgess. Its polygonal form was likely influenced by Orson S. Fowler’s A Home For All (1853), a theoretical architectural work which advocated the octagon as the most practical, economical, and healthful form for American dwellings. In keeping with Fowler’s recommendation, each of the principal rooms in the Hexagon House has ventilators to remove “bad” air. James W. Burgess was a successful furniture dealer and also sold caskets. The house and its sloping park-like grounds, a vestige of 19th-century romantic landscaping, is owned by the Glass-Glen Burnie Foundation.