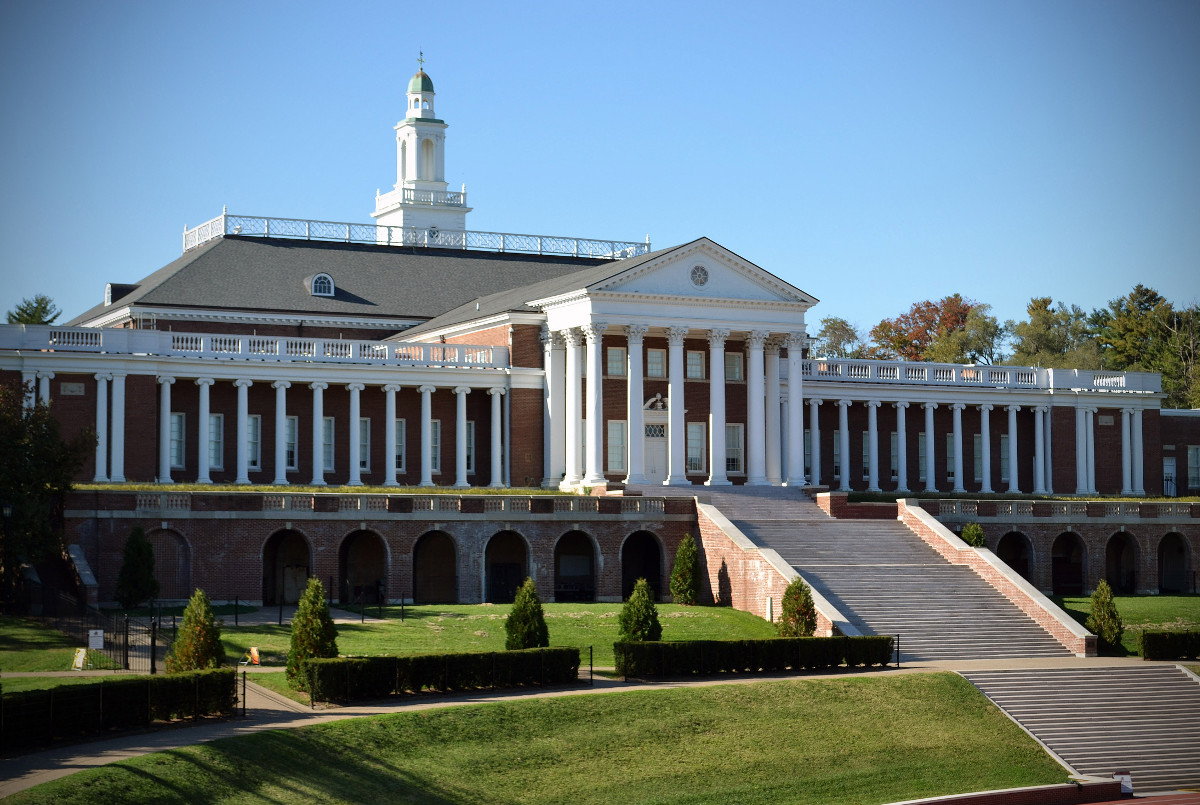 Built between 1921 and 1923, John Handley High School is located on a 40-acre tract in the city of Winchester. Judge John Handley was born in Enniscorthy, County Wexford, Ireland. He immigrated to the United States by 1850. After taking his law degree from Columbia University, he developed a close friendship with Winchester resident James Jifkins and visited the town frequently. While he eventually bought several large tracts in the area, he was never a resident of Winchester or the surrounding Frederick County. Upon Judge Handley’s death in 1895, the town received $250,000 from his estate to build a library and school. Unusual for its private endowment, Handley High School was designed by architect Walter R. McCornack of Cleveland, Ohio. McCornack, well known for his school designs in the Northeast and Mid-Atlantic regions, later became the dean of the School of Architecture at MIT in 1939. The siting of the grounds and the Neoclassical Revival building were the design of the Olmsted Brothers of Brookline, Massachusetts. The John Handley High School National Register nomination form was prepared by the school’s 11th grade students (class of 1999), with assistance from Department of Historic Resources staff. The students’ efforts were part of the 75th anniversary celebration of the institution.