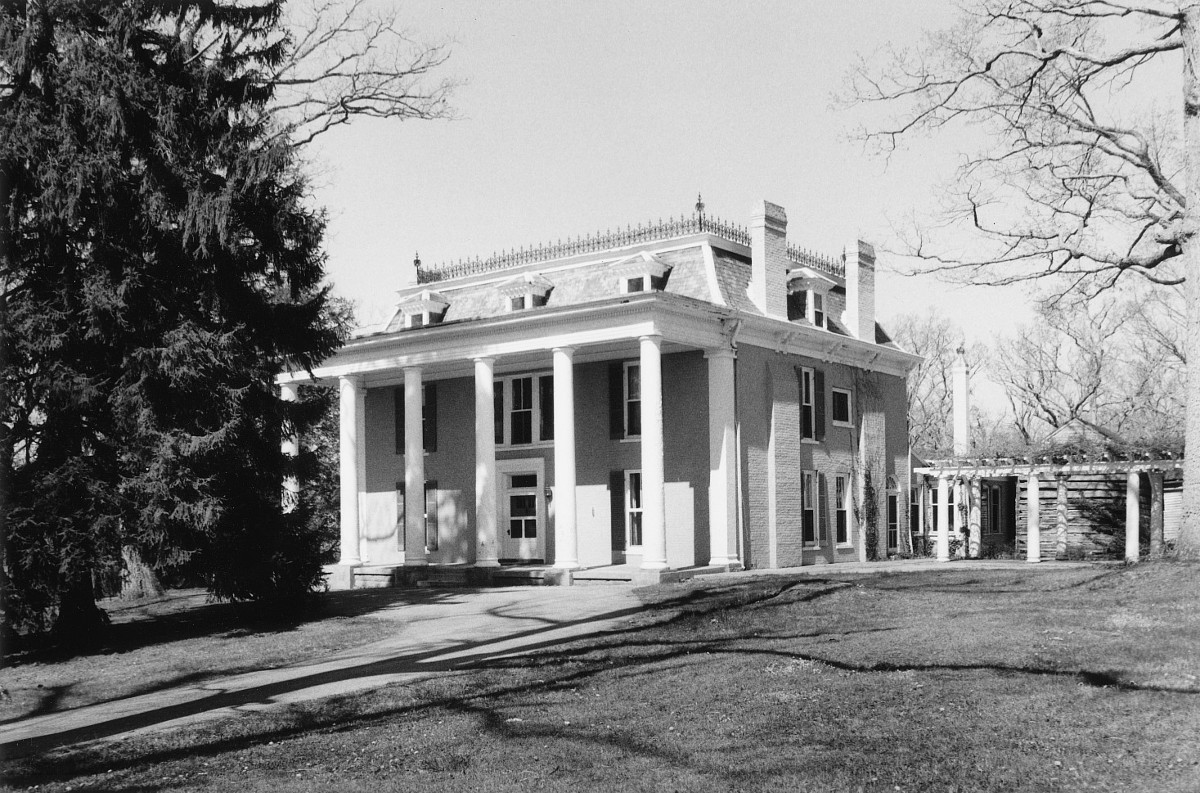 One of Wythe County’s most eminent historic residences, Loretto is the product of three phases of development. The core is a single-pile brick house probably built around 1852 for William Alexander Stuart, older brother of Confederate general J. E. B. Stuart. Stuart was the county clerk and a developer of the salt industry in Saltville. Stuart sold Loretto to Benjamin Rush Floyd, son of Governor John B. Floyd, who himself served in the Virginia Senate. The house was enlarged and remodeled in the Second Empire style in the 1880s when it was owned by Robert Crockett. In 1888 Loretto became the home of Archibald A. Campbell and his wife Susie, daughter of William Alexander Stuart. The Campbells made many changes, the most conspicuous being the Doric portico, added in 1911. A double-crib log barn and a rare log slave quarters stand nearby.