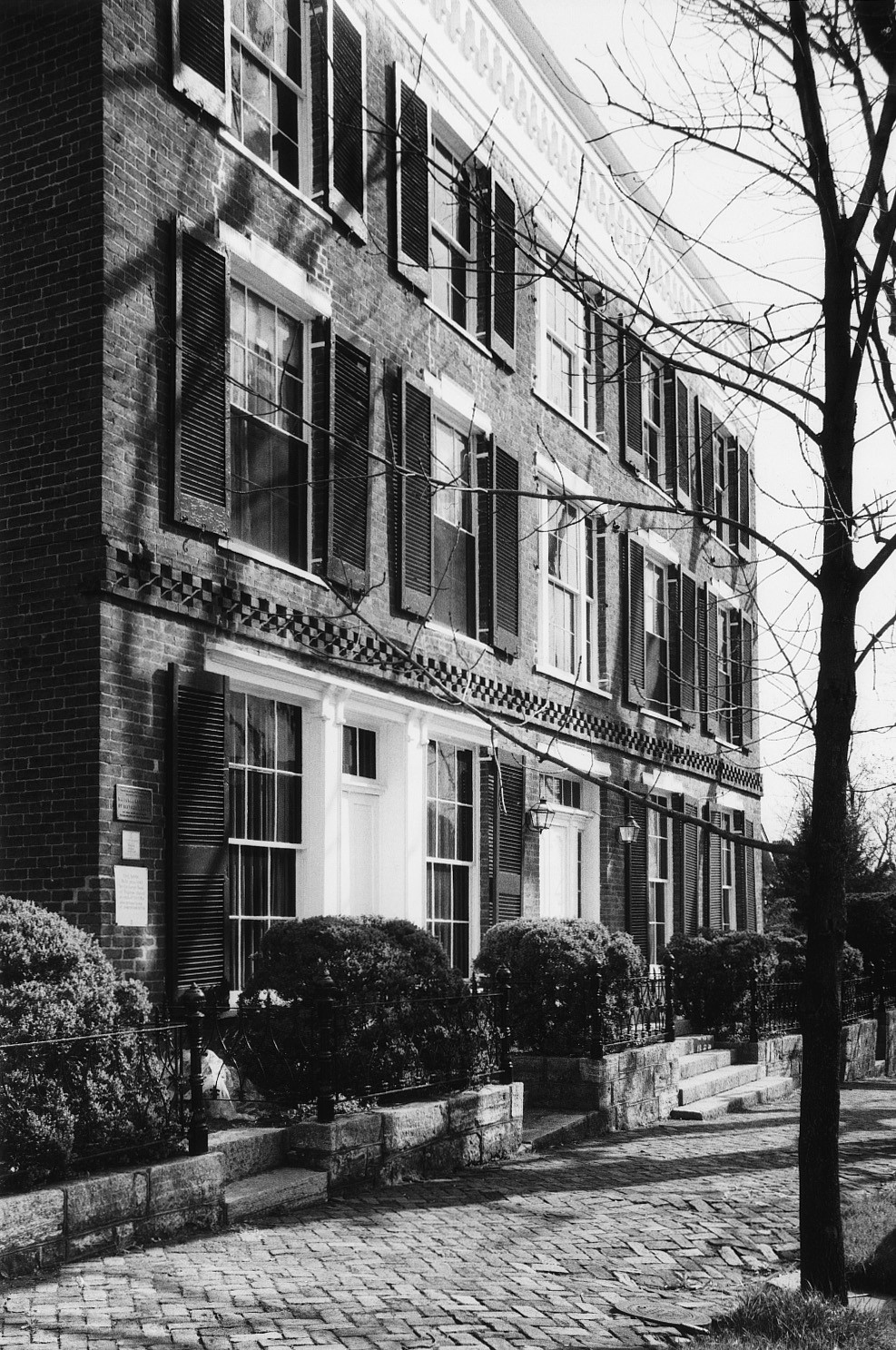 Early 19th-century bank buildings often were barely distinguishable from fine town houses because they incorporated the residence of the cashier, a respected local figure. These banks usually had two entrances, one for the banking area and one leading to the private quarters, and most had three stories because the residential section had at least two levels. The Abingdon Bank, erected in 1858 for Robert Preston, first resident cashier, is an excellent illustration of this early commercial type. The banking area retains its large windows with iron bars and its vault. The plain interior trim of the residential section contrasts with the elaborate brick cornice and belt course of the exterior. No longer a bank, the building has been restored to serve as a private residence and remains an important element of the street facade of Abingdon’s historic Main Street.