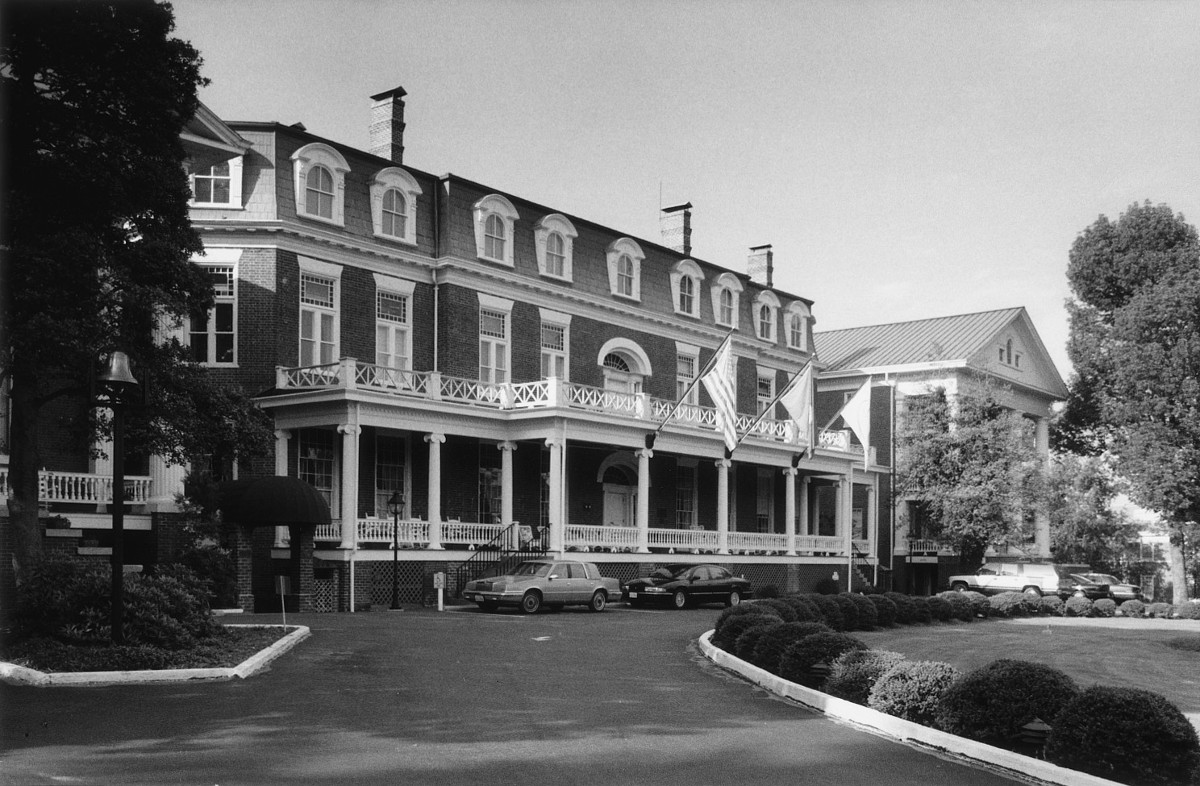 Abingdon is the best-preserved of the numerous linear communities that developed in the late 18th century along the Great Valley Road. The town is unusual for its large quantity of brick Federal and antebellum buildings, which served to give the community an air of permanence and prosperity. Abingdon was founded in 1778 and flourished almost immediately. Secretary of the Treasury John Campbell, Confederate general Joseph E. Johnston, and three Virginia governors, Wyndham Robinson, David Campbell, and John Buchanan Floyd, all lived in Abingdon. Gen. Francis Preston built one of the largest houses in Virginia here in the 1830s; it later was converted to Martha Washington College and is now the Martha Washington Inn. Another architectural highlight is the imposing 1868 Washington County Courthouse. In recent times Abingdon has been the home of the Barter Theatre, a nationally prominent repertory theater founded in 1933 by Robert Porterfield.